Smokers propose imposition of health levy on cigarettes to discourage use 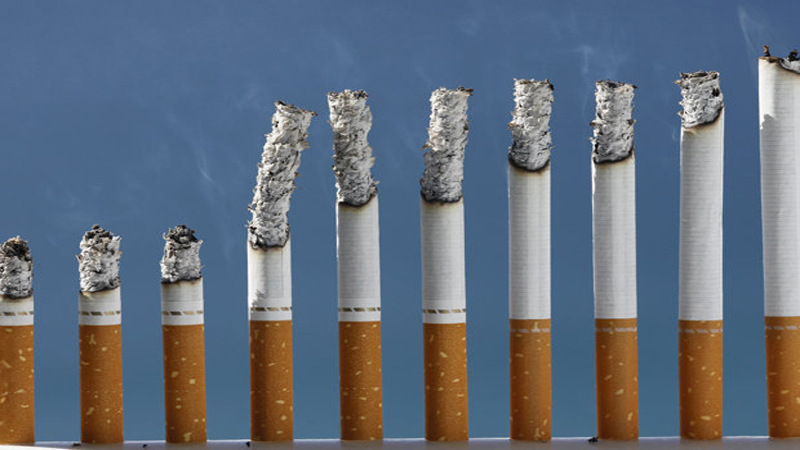 A massive 94 percent of smokers surveyed for a study on tobacco users in Pakistan have urged the government to impose health levy on cigarettes to discourage their use, besides curbing cigarettes smuggling that was making international brands affordable to low income consumers.

The Studying Tobacco Users of Pakistan [STOP] found through the survey of 10 most populous cities in the country that 66 percent of the smokers reported a desire to quit, 28 percent had attempted to quit at least once in the last twelve months, but these attempts were often short-lived and unsuccessful. The study found that 98 percent of them were in support of tobacco control measures with at least 94 percent indicating strong support for at least one of the proposed measures including ban on smoking, taxation, smoke-free cars, and increasing legal age to 21. It recommended the government to introduce a health levy on cigarettes as it will be supported by the majority of smokers. A health levy will raise revenue which can be spent on priorities such as Covid-19.

In Pakistan, 19.1 percent of adults consume tobacco contributing to around 160,000 deaths per year. The tobacco industry constantly interferes in policy making – a key reason for ineffectual tobacco control, the study said.

The Federal Board of Revenue (FBR) commissioned a study titled, ‘Ascertain the Market Demand of Goods Prone to Smuggling – Establishing the Volume of Smuggling’ in 2015 but later on termed it ‘strictly confidential’. This study found that Pakistan is losing a $2.63 billion worth of revenue a year due to smuggling of 11 goods including cigarettes that are making their way through porous borders. It said that smuggled cigarettes were causing at least $27 million losses to the national exchequer. According to the World Health Organization [WHO] cigarettes are the world’s most widely smuggled legal consumer product. The cigarette smuggling causes immeasurable harm as international brands become affordable to low income consumers and to young people in developing countries.

The WHO said that illegal cigarettes evade legal restrictions and health regulations, and while the tobacco companies reap their profits, governments lose tax revenue.