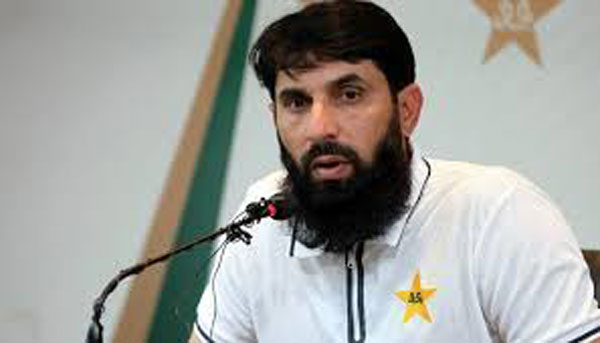 LAHORE: Pakistan head coach Misbahul Haq has made it clear that he won’t blame the “difficult” 14-day quarantine period in case the results don’t go in favour of the Men in Green on the New Zealand tour. Misbah also said they “realistically considered pulling our of the New Zealand tour” during the time they spent in quarantine, before opting to stay to keep the game alive for fans. He did say the two-week strict quarantine took both a mental and physical toll on the players, but promised he would not use it as an excuse in the event of an unfavourable result.

The Pakistan squad had their exemption to train during managed isolation in Christchurch withdrawn due to several members of the squad testing positive for the novel coronavirus. 10 members of the 53-strong Pakistan squad had tested positive for the virus since arriving in New Zealand. While speaking to reporters via video link on Friday, Misbah said that there was no point in making excuses since everyone only remembers the outcome at the end of the series. “As professionals, we are not looking for excuses. At the end of the day, it doesn’t matter how many excuses you come up with, all that matters are results. We can’t do anything about the uncontrollable. What we can control is to make up for the lost time and we are trying our best to achieve our best fitness and skill levels and get back in rhythm,” Misbah said. “It is difficult to cover practice plans of three weeks in one week but not impossible. We want to be in our best shape before we move to Auckland for the T20I series,” he added.

Pakistan head coach is ready to face the tough challenge in the upcoming series, but is banking on his bowling attack to challenge the hosts in their backyard. “New Zealand are tough opponents and playing consistent cricket against West Indies on their home ground. They have a brilliant bowling attack and their batsmen know to play and utilise these conditions. However, we are confident considering the way we have played our last few series. We also have a quality bowling attack through which we can match up with New Zealand and produce good results here,” he said. Misbah is happy with the progress Babar Azam has made as a captain in limited-overs cricket and is hoping that the Lahore-born cricketer emulates that in Test cricket. The tourists are due to play three Twenty20 internationals (T20Is) and two Tests from December 18, while a Pakistan ‘A’ tour will also be held concurrently.