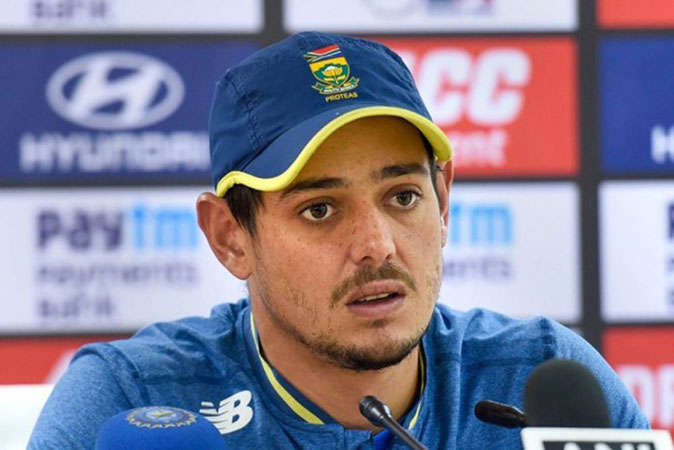 CAPE TOWN: Quinton de Kock has been named South Africa Test captain for the 2020-21 season and will lead an inexperienced squad without leading fast bowler Kagiso Rabada at the start of the two-match series against Sri Lanka in Pretoria on Dec. 26. South Africa’s director of cricket, Graeme Smith, had previously said the workload of captaining the test side would be too much for white-ball skipper de Kock, but the selectors have had a change of heart. “Quinton is happy to continue in the role for the next season, and is comfortable with the balance of the workload and we back him fully as a captain,” Convenor of Selectors Victor Mpitsang said in a statement released by Cricket South Africa.

“We are also pleased with the leadership group in the team and are cultivating a strong individual leadership culture at the same time, so that the team produces a sustainable stream of potential captains for the future.” Left-handed batsman Sarel Erwee, seamer Glenton Stuurman and wicketkeeper Kyle Verreynne have all received first call-ups in what is a new-look squad with a return also for all-rounder Wiaan Mulder after a lengthy absence though injury. Uncapped batsman Keegan Petersen is also included, and there is a recall for opener Aiden Markram. Strike bowler Rabada is not fit enough for the first test, but will be considered for the second that begins in Johannesburg on Jan. 3 if he recovers from a hip injury.

Lungi Ngidi, Anrich Nortje and Beuran Hendricks are the senior seam bowlers in the squad. Sri Lanka stunned South Africa in Feb. 2019 when they became the first Asian team to win a test series in the country. Then came a home series defeat to England followed by plenty of soul-searching within the camp.