* 'Just spoke to Brandon for what will likely be the last time,' Kim Kardashian Tweeted at 5:03pm 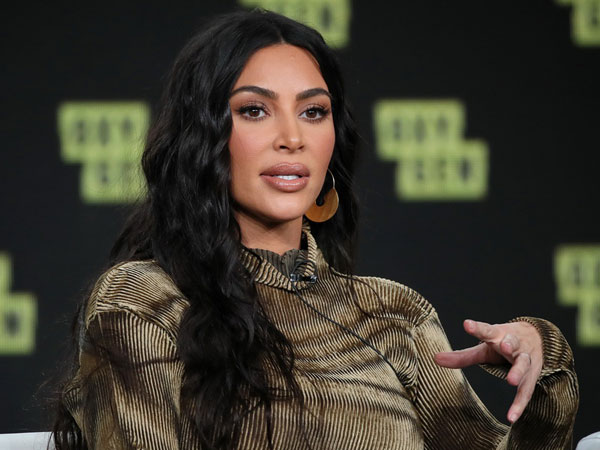 Media personality and socialite Kim Kardashian says she had a tearful conversation with convicted murderer Brandon Bernard the same day he was set to be executed for killing two people when he was 18.

The 40-year-old reality star has in recent weeks joined a social media push to convince President Donald Trump to commute the sentence of the prisoner, who has been on Death Row for 20 years, and stop him from undergoing what is scheduled to be the ninth planned execution by the federal government this year. Bernard, 40, was scheduled to die by lethal injection on the evening of Thursday, Dec. 10.

“Just spoke to Brandon for what will likely be the last time,” Kim Kardashian Tweeted at 5:03pm. “Hardest call I’ve ever had. Brandon, selfless as always, was focused on his family and making sure they are ok. He told me not to cry because our fight isn’t over.”

She added, “When he told me he’s claustrophobic and they offered to give him a shot of sedative to calm him down before they put him in the chair and he just didn’t want to panic, I literally lost it. I had to mute my phone so he wouldn’t hear me cry like that. We didn’t say goodbye bc we wanted to be hopeful that we would talk again, we said talk to you soon!”

She added, ‘When he told me he’s claustrophobic and they offered to give him a shot of sedative to calm him down before they put him in the chair and he just didn’t want to panic, I literally lost it’

In 2000, a jury found Bernard and an accomplice, Christopher Vialva, guilty of carjacking and murdering a married Christian youth minister couple, Todd and Stacie Bagley, from Iowa on the Fort Hood army base in Texas. In September, Vialva, 40, was executed for his role in their deaths, becoming the first Black man to undergo capital punishment since a 17-year hiatus for the death penalty ended this summer.

In November, Bernard’s attorney appealed Trump for clemency for his client and five of the nine surviving jurors in the murder trial indicated they supported or did not oppose commuting his sentence to life without the possibility of parole, citing his age at the time of the crimes, alleged new evidence and past poor legal representation. On Thursday, the United States Court of Appeals for the District of Columbia Circuit denied a motion for a stay of execution for Bernard, two days after a similar ruling by another court.

Kardashian has publicly pushed for criminal justice reform for a couple of years. She announced in 2019 she is studying to become a lawyer.

In 2018, Kardashian met with Trump and helped convince him to commute the life sentence of Alice Johnson, a drug offender.

Earlier on Thursday, Kardashian tweeted that she has “been crying all morning,” adding, “Brandon Bernard will be executed in 5 hours and all I can think about is his family and children and how they will feel when their loved one is gone.”

Meanwhile, Dana Ladd, the stepsister of one of Bernard’s victims, Stacie, told TMZ on Thursday before the scheduled execution time, “I want to think about if it was one of her children that Bernard did that to-would she feel differently? It’s easy for people to say things when they don’t have similar experiences.”

Kardashian tweeted, “My heart breaks for everyone involved, including the victims families and in no way am I diminishing the loss their family has been through. I stand by what I have always said, I can empathize and feel pain for the victims and their families. Killing Brandon will not bring them back and I believe in my heart of hearts killing him isn’t right. What Brandon did was wrong, but killing him won’t make things right.”