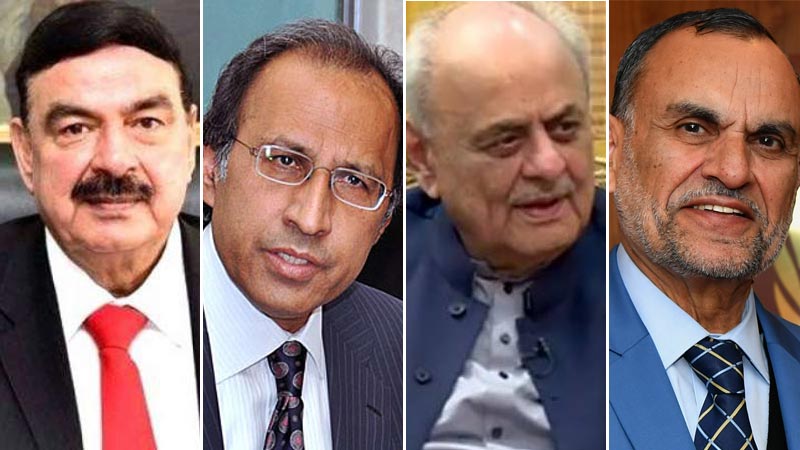 In a significant cabinet reshuffle in the central cabinet on Friday, Prime Minister Imran Khan reallocated portfolios of three ministers amid elevating his advisor on Finance and Revenue Abdul Hafeez Shaikh as the Minister for Finance.

Pertinently mentioned that Sheikh Rasheed Ahmed had been reported to fetch the portfolio of the Ministry of Interior during the first cabinet of the existing regime but the dream came true three years after the reign of Pakistan Tehreek-e-Insaf .

Soon after assuming charge of the interior ministry Sheikh Rasheed Ahmed pledged in his maiden news conference vowed to introduce a modern border management system, provide passport facilities to the poor and bring improvement in the matters of immigration. He was of the view that Prime Minister Imran Khan will succeed in its mission to steer the country out of all challenges. He said the rule of law and constitution will be ensured in the country and we are committed to fight money laundering.

Sheikh Rasheed said there is no restriction on the opposition parties to hold a gathering in Lahore. He, however, said they will fail in their designs to fan anarchy in the country.

Lambasting the Pakistan Democratic Movement Sheikh Rasheed said that Prime Minister Imran Khan is not going anywhere, not in the least with a ‘copied’ Minar-e-Pakistan rally.

Abdul Hafeez Shaikh, formerly Finance Advisor to Prime Minister Imran Khan took oath as a Federal Minister and now will chair the Ministry of Finance. President Dr Arif Alvi administered the oath to Abdul Hafeez Shaikh during the course of the day at the President House. The former adviser was elevated as a federal minister after the Islamabad High Court’s (IHC) verdict on inclusion of advisors and special assistants in cabinet committees.

It is the fourth federal cabinet reshuffle since the PTI government came into power three years ago as the move came days after a division bench of the Islamabad High Court, comprising Justice Aamir Farooq and Justice Ghulam Azam Qambrani ruled that the Prime Minister’s advisors and special assistants have no executive authority vested in them to chair or become members of cabinet committees.

Under Article 93 of the Constitution the bench allowed the Prime Minister to appoint up to five advisors while conferring a federal minister status on an advisor is “only for the purpose of perks and privileges” and “does not make the advisor a federal minister as such”.