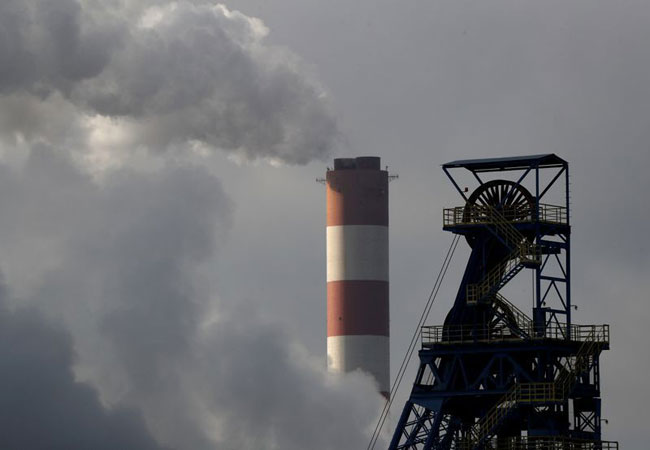 European Union countries agreed a new climate change target for the bloc on Friday after haggling through the night in Brussels, pulling the political trigger on a policy revamp to make every sector greener.

Leaders of the 27 member states agreed to cut their net greenhouse gas emissions by at least 55% from 1990 levels by 2030, substantially toughening an existing 40% target.

The EU wants to reach “net zero” emissions by 2050, a deadline that scientists say the world must meet to avert the most catastrophic impacts of climate change.

European Council President Charles Michel, who chaired the talks, called the EU the leader in the fight against climate change, and said the target had been hard-fought, but was “credible”.

European Commission President Ursula von der Leyen said it would put the bloc “on a clear path towards climate neutrality in 2050”.

The EU will present its target at a United Nations global virtual summit on Saturday.

The EU emissions trading market already seeks to put a price on the carbon emissions that drive climate change.

The price of permits rose to an all-time high above 31 euros a tonne on Friday, on expectations that the supply of permits would be cut, to force deeper emissions cuts.

The target is a compromise between wealthier, mostly western and Nordic EU countries that want more ambitious action and eastern states with coal-dependent power sectors and energy-intensive industries, which wanted specific conditions attached to emissions cuts.

Poland held out alone until dawn for a guarantee that promised funding from the EU carbon market for poorer countries would not be reduced.

It also sought assurances that future national emissions-cutting targets, set by Brussels for certain sectors, would be based on gross domestic product – meaning that less prosperous states would be required to cut less.

A majority of countries had opposed these demands on grounds that they would pre-empt detailed proposals that the EU’s executive Commission will make next year.

The final deal gives a commitment to address “imbalances” in carbon market funding that could leave poorer countries worse off. The leaders agreed to meet again next year to tackle the question of GDP-based emissions targets.

The Commission’s proposals will speed a shift to electric vehicles and aim to mobilise investments in the huge low-carbon infrastructure that will now be needed – including a requirement for extra energy sector investments of 350 billion euros ($420 billion) a year this decade.

The “at least 55%” target is as good as final, but will need approval from the European Parliament, which supports a more ambitious 60% cut.

“They are setting us up for a tough negotiation,” said Jytte Guteland, parliament’s lead lawmaker on the issue. Some campaigners also said the target was too weak.

“It won’t transform how we get around and how we produce our food fast enough to beat the climate emergency,” said Greenpeace policy adviser Sebastian Mang.