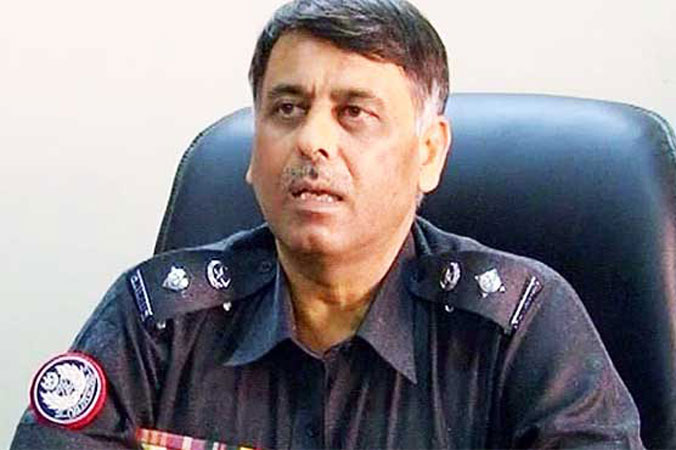 The British government on Thursday slapped a travel ban and economic sanctions on former Karachi police officer Rao Anwar Ahmed Khan for being involved in gross human rights abuses including torture and murder – including the killing of Naqeebullah Mehsud in 2018.

Speaking to Geo News, a spokesman of UK’s Foreign and Commonwealth Office, which issued the list, confirmed that “Anwar Ahmad Khan: Former Senior Superintendent of Police (SSP) in Malir District, Karachi” has been sanctioned.

Rao Anwar has been added to the damning list by the British government on suspicions of being behind 190 staged police encounters that led to more than 400 deaths in Karachi.

The Foreign Office said that Ahmad Anwar Khan, the former Senior Superintendent of Police in Malir District, Pakistan, and former President of The Gambia, Yahya Jammeh, are facing sanctions for historic human rights violations including extrajudicial killings of protestors and minority groups.

In the designated list, Rao Anwar appears at number 59. The UK government explained that the former “encounter specialist” from Karachi has been slapped with sanctions which include an asset freeze and travel ban to the UK.

The British government said that Rao Anwar was involved in killings through staged encounters including the murder of Pashtun model Naqeebullah Mehsud.

It said: “In his role as SSP Malir, Khan was reportedly responsible for numerous staged police encounters in which individuals were killed by police, and was directly involved in over 190 police encounters that resulted in the deaths of over 400 people, including the murder of Naqeebullah Mehsud in 2018. Khan is, therefore, responsible for or complicit in, the serious violations of the right to life.”

These sanctions give the UK powers to stop those involved in serious human rights abuses and violations from entering the country, channelling money through UK banks, or profiting from their economy.

The foreign office said that sanctions, including travel bans and asset freezing, have been placed on 11 politicians, officials and others responsible for gross human rights violations in Russia, Venezuela, The Gambia and Pakistan.

The British government said that Foreign Secretary Dominic Raab announced sanctions on International Human Rights Day to warn those who commit human rights violations that the UK will not hesitate to impose further sanctions.

Foreign Secretary Dominic Raab said that these sanctions send a clear message to human rights violators that the UK will hold them to account.