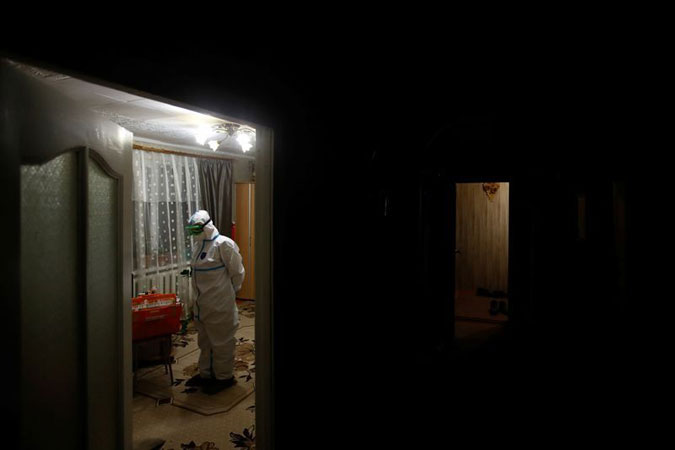 Russia reported its highest COVID-19 daily death tally on Friday, a day after official data revealed a surge in excess deaths in October that made it the most deadly month in a decade.

Russia, which began vaccinating exposed groups in Moscow on Saturday, has resisted imposing a strict lockdown as it did in the spring, relying on targeted measures instead, though the Kremlin says places like St Petersburg are nearing a “red line”.

Officials reported a record 613 COVID-19 deaths in the last 24 hours, taking the official death toll to 45,893, a total some critics call into question, pointing to the significantly elevated number of excess deaths during the pandemic.

There were almost 50,000 more deaths in October than in the same month last year and, with a total of 205,456, October accounted for more deaths than any other month in 10 years, according to the state statistics service Rosstat.

Moscow rolled out its Sputnik V vaccine to doctors, teachers and social workers last weekend and a senior official said on Thursday that vaccinations would begin across the country by the end of the week.

The Russian capital is set to become a major producer of Sputnik V and a plant producing around 10 million doses a month will open in several weeks, Mayor Sergei Sobyanin said.

He said vaccinations would be made available for additional categories of people in Moscow from Monday, including sales, services and local administrative workers.

Russia has already vaccinated more than 150,000 people, the head of the RDIF sovereign wealth fund said.