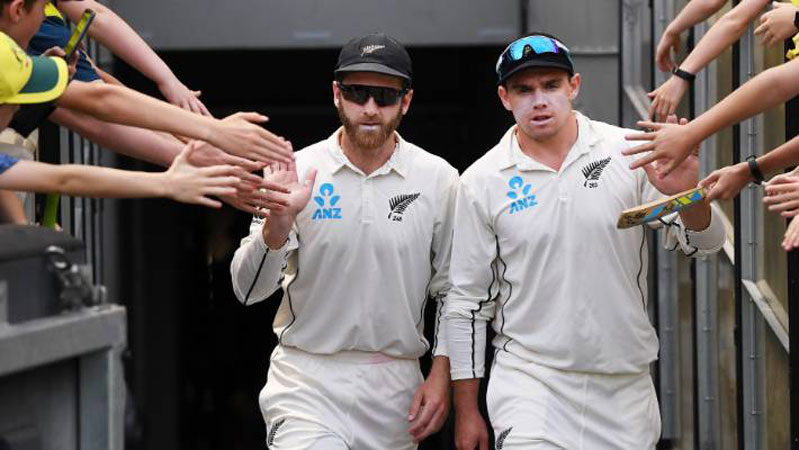 WELLINGTON: These must be giddy times in the Williamson family. It won’t be long before they have a brand new member, the only one capable of distracting their father from picking up a bat and beating the world. New Zealand were expecting to lose Kane Williamson at some point as he prepares for the birth of his child. And though it seemed little baby W would let Dad out to play one more match, things have changed. There are potential festivities on field as well. A 2-0 sweep over West Indies will put New Zealand on top of the ICC rankings. But that really doesn’t matter as much as reaching a similar position on the World Test Championship points table. This team wants to be at Lord’s in 2021. They’ve already said it will be “great” if that happens, which is Kiwi code for we want it real bad and we’re going to do all we can to get it. So don’t be surprised if the pitch is scary green again. Wellington is normally one of the higher scoring grounds in the country but it won’t start out like that, especially after West Indies advertised their vulnerabilities in the most garish ways. Scores like 138 all out, then 27 for 4 following on practically invite do-overs.

Jason Holder pointed the finger squarely at his top order batsmen for their woes. His words made it plain that he was sick of having to deal with this problem again. Perhaps he already knew – or had a sense – that West Indies have one of the worst-performing top fours in Test cricket. Over the last five years, only Ireland, who are pretty much brand new to the format, are below them in terms of batting average. How do you win with a handicap like that?

In places where fast bowlers get lateral movement at virtually any time of day, a batsman with the skill to attack them becomes invaluable. Darren Bravo has that. But he’s also been prone to soft dismissals. One of them precipitated the second-innings collapse in Hamilton at a time when the pitch was easing out and runs were on offer. An experienced player like that shouldn’t make such mistakes, but since he has, he’ll be hungry to set things right as soon as possible.

“Do you play for the Black Caps?” the kid asked. Probably. We didn’t have audio of this lovely conversation that took place on the boundary line in Hamilton. Luke Ronchi would’ve replied no, and pointed to BJ Watling who only then was ambushed for autographs. It’s typical of the man that, even though he was decked from head to toe in cricket gear, needed both help being recognised and a push to embrace his stardom. The wicketkeeper-batsman missed the first Test with a hamstring injury but now that he’s fit again he simply walks back into the XI. He is that good.

Tom Latham will be captain in Williamson’s absence and Will Young will take his spot at No. 3. Meanwhile, the Wellington Test will also mark Neil Wagner 50th appearance in whites for New Zealand. West Indies will also be felicitating one of their key fast bowlers. Shannon Gabriel will be 50 Tests old tomorrow. He’ll be taking over as leader of the attack with Kemar Roach having gone home to deal with the death of his father. Wicketkeeper Shane Dowrich is unavailable as well, which gives an opportunity for Joshua da Silva to make his debut.