Sarfraz Ahmed is a different captain than others: Mickey Arthur 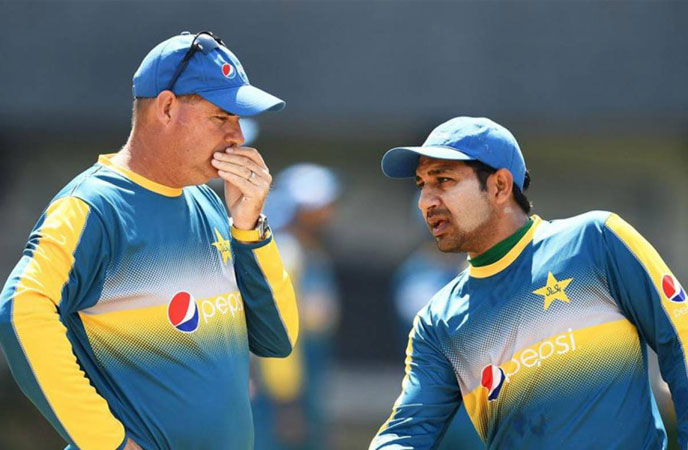 LAHORE: Former Pakistan cricket coach Mickey Arthur has revealed that wicket-keeper batsman Sarfraz Ahmed has qualities that set him apart from other great captains like Graeme Smith, Misbah-ul-Haq, and Michael Clarke. During an interview with Aamir Sohail on his YouTube channel on Tuesday, Arthur shared that the best part about Sarfaraz was that he was an authoritarian on-field, but he would transform into a brother off-field with the players.

“Sarfaraz is a very good leader. I was very privileged to work with Graeme Smith, Michael Clarke, and Misbah-ul-Haq. They were very good leaders but Sarfaraz had one thing that I had not seen before: He had the ability to be an authoritative voice, like a disciplinarian on the field, but when he came to the dressing room, he transformed into a brother to the guys. He had that,” the former Pakistan coach said. Mickey cherished his outstanding relation with Sarfaraz and shared that he has always loved working with him.

“People saw what happened on the field, like his movements, but they did not see the other side of Sarfaraz in the dressing room. He was a very popular leader inside the changing room,” he said. “Sarfraz was always ahead of the game,” he said, appreciating the batsman’s technical knowledge in Twenty20 cricket.

He expressed satisfaction over building team structure, improving players’ fitness, and unearthing good young talent. However, one disappointment the former coach said he had when he left was that he was unable to rebuild the test team after former batting greats Misbah-ul-Haq and Younis Khan left.

Advising his successor (Misbah), the former coach said that consistency of policy is required otherwise players will play for themselves. “I think you have got to stay consistent. Consistent with your coaching staff, consistent with your structure, consistent with your selection, and with the roles you give to players. I think that’s really important because that will allow players to flourish,” he added. Speaking about his tenure as Pakistan cricket head coach, the South African said: “I loved it. I loved every minute of it.” He described his experience in the country with four words: Exhilarating, chaotic, exciting, and fulfilling. Referring to the “chaotic” part of his experience, the former coach said that he was not a fan of Pakistani media. “Dealing with the media in the country is tough, Pakistani media is uncompromising,” he said.