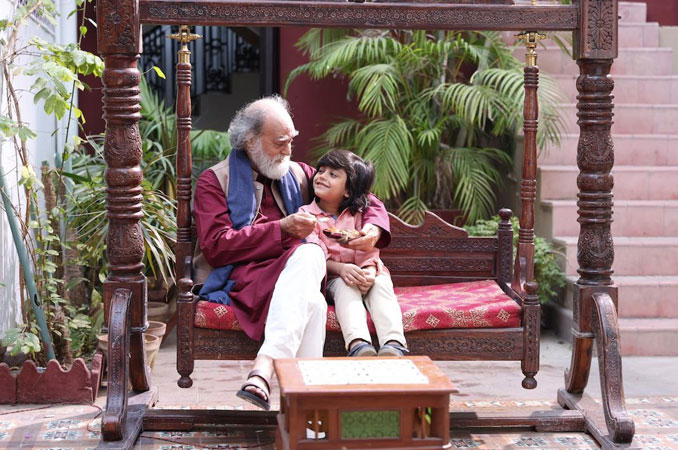 Kashmir Cooking Oil has stepped away from the industry norm of consumption and cooking shots, and created an emotional ride of a campaign for its viewers.

The brand has encapsulated its brand values through a beautifully narrated story of nostalgia and traditions.

Kashmir has been around since 1962 and as a brand it has been a witness to our society’s traditional values.

As opposed to a typical storyline revolving around a husband and wife, shot around the dinner table, the TVC touches on the very real concept of “Bara Ghar” and the nostalgia of traditions that is associated with it.

Manzar Sehbai has beautifully narrated the storyline that further adds to the emotional appeal of the campaign.

By using the metaphor of the Bara Ghar in the television commercial, the brand narrates how the family home is the origin of our traditional values and how these values are passed on from one generation to the next.

As families move out of their ancestral home, the traditions don’t end; rather these traditions are then replicated in the new home.

Even after moving out of the Bara Ghar of your grandparents, the values don’t end – they carry forward across time and space.

With a new beginning, starts a new transfer of these family values.

In our culture, there are some wholesome traditions that may soon disappear if they are not passed on to the next generations. Hence there is a need to remind the new generation to preserve these values. This campaign serves as a gentle reminder of the values prevalent in our culture and how it’s up to us to ensure that these values find a way to be part of our upcoming generation’s everyday life.

Director Marketing Mian Shahzad Khalid talks about the concept of the TVC by saying, “The main idea of the campaign was taking those traditions and values forward that are associated with your ancestral home. We want to build a connection of these important values with the newer generation, along with the heritage of the brand. Human emotions dominate the TVC through which we have tried to give our viewers a taste of their own home.”

Kashmir is a brand that not only provides the perfect excuse to its consumers to express themselves through food but with its rich history, Kashmir is talking about its own heritage by highlighting the best of our traditional values; one that get passed through generations. These wholesome traditions include serving the elders first, being generous to those to come to us for help even if it’s a stray cat, sharing food with our neighbours, coming together as family for different meals and much more.

All of this heritage, paired with immaculately timed music and an emotionally striking script, makes this TVC by Kashmir Cooking Oil a real winner.