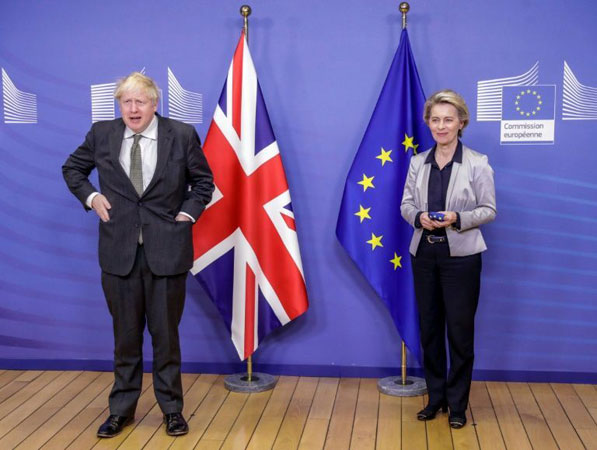 Politicians’ inability to reach agreements on a new US stimulus and a post-Brexit trade deal weighed on equity markets Thursday, while surging coronavirus cases offset optimism about the rollout of vaccines.

Hopes US lawmakers could be close to a breakthrough in deadlocked talks helped fire a rally across Asian markets Wednesday after the White House proposed an economic rescue package that was bigger than a bipartisan plan put forward last week.

But House Speaker Nancy Pelosi and Senate Minority Leader Chuck Schumer showed little enthusiasm and the two sides remain stuck on Republican demands for liability protection for businesses and the funding for state and local governments, which is sought by Democrats.

The need for a fresh package — after months of stalled talks — has been highlighted by spiking virus infections in the US, which have forced the reimposition of strict, economically painful containment measures.

“The hope is that Congress would by now have reached an agreement on a spending package to brace and bridge the gap for American households and businesses to when the majority of the population gets inoculated,” said Axi analyst Stephen Innes.

“Sadly, the fiscal fiasco has once again turned into a bit of a political blame game.

“The numbers are aligned for really the first time. It is now the composition where the sticking-points remain, and it’s pure politics right now.”

National Australia Bank’s Rodrigo Catril said: “An optimistic outcome would be that something is agreed next week while the prospect of no stimulus this year remains a high probability.”

Still, the politicians remain hopeful, with Pelosi saying “one way or another we will get it done”, while Treasury Secretary Steven Mnuchin told reporters he was “cautiously hopeful we can get something over the finish line”. All three main indexes on Wall Street fell, and most of Asia followed suit.

Tokyo, Hong Kong, Sydney, Seoul, Taipei, Mumbai, Singapore, Jakarta and Wellington were all in the red, though there were gains in Manila while Shanghai inched up marginally.

There was a similar deadlock across the Atlantic, with British Prime Minister Boris Johnson and European Commission chief Ursula von der Leyen unable to find common ground in crunch talks on Wednesday.

After eight months of negotiations and with just three weeks until a deadline on reaching a post-Brexit deal, the two sides are still stuck on a number of issues including fishing rights and rules for fair trade.

“We had a lively and interesting discussion on the state of play across the list of outstanding issues,” Von der Leyen said in a statement after the dinner at her Brussels’ headquarters. “We gained a clear understanding of each other’s positions. They remain far apart.”

The leaders agreed to further discussions by their negotiating teams “over the next few days” and that a “firm decision” should be taken by Sunday, a UK source said.

The pound tumbled against the dollar and euro, helping London’s FTSE 100 open on a positive note, while Paris and Frankfurt also rose.