Nigella’s pronunciation of microwave has transfixed the Internet 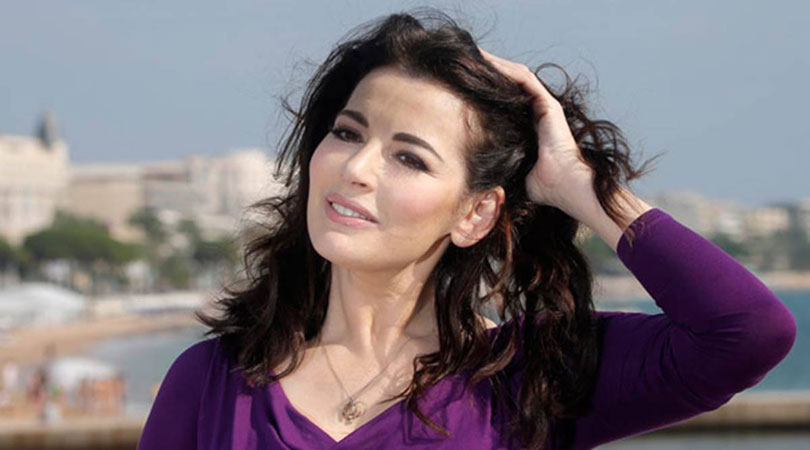 This is a brief warning that you may involuntarily change the way you talk about heating up food. Proceed at your own risk.

Nigella Lawson’s pronunciation of the word “microwave” is causing a stir on social media after a user posted a clip on Tuesday that shows her mentioning the appliance on her BBC Two cooking programme ‘Nigella’s Cook, Eat, Repeat.’

“Eternally grateful to Nigella Lawson for letting us know we’ve all been mispronouncing microwave for the last 50 (or so) years,” the Twitter user wrote about the footage.

‘Eternally grateful to Nigella Lawson for letting us know we’ve all been mispronouncing microwave for the last 50 (or so) years,’ the Twitter user wrote about the footage

In the video clip, the 60-year-old British celebrity chef tells the camera, “But I still need a bit of milk, full-fat, that I’ve warmed in the microwave.”

Yes, that’s actually the word she’s using, even though she adds an extra syllable to pronounce it as mee-cro-wah-vay. The world is a confusing place sometimes.

Other Twitter users were quick to remark on the odd pronunciation. One individual commented that the kitchen expert was “legit pulling our leg here,” and this seemed to be the general consensus.

In fact, a user tagged Nigella and wrote, “I love this, we deliberately mispronounce words in our house all the time. Such fun.”

This appears to be the correct explanation, or it’s at least the story that the alum of ABC’s The Taste is sticking with. “We do, too,” Nigella replied. “Exactly that.”

She also added, “Well, I do say it like that, but not because I think that’s how it’s actually pronounced.”

And here we thought that the most egregious misuse of a microwave was when Jennifer Lawrence blew one up in the film ‘American Hustle.’ We stand corrected.