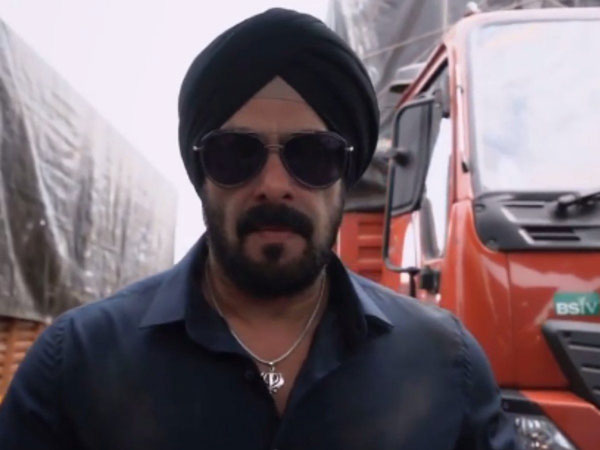 Actor and producer Salman Khan is not new to either playing a cop or a sardar on-screen.

This time, the ‘Dabangg’ actor has combined the two and donned the look of a Sikh cop for his upcoming film ‘Antim.’

Sharing Salman Khan’s first look from the sets, his brother-in-law and actor Aayush Sharma posted a clip on Instagram. He wrote, “Antim Begins .. #BhaisAntimFirstLook #AntimTheFinalTruth”. In the snippet, Salman can be seen wearing a blue shirt, sunglasses, grey pants and a dark blue turban.

On personal note, Aayush is married to Salman Khan’s sister Arpita and the couple are blessed with two kids– Ahil and Aayat. The actor made his Bollywood debut in 2018 with ‘Loveyatri’.

In other works, Salman Khan will feature in Prabhu Deva’s ‘Radhe: Your Most Wanted Bhai’ and Sajid Nadiadwala’s ‘Kick 2’, sequel of ‘Kick’.