Top US negotiator on North Korea blames Pyongyang for deadlock 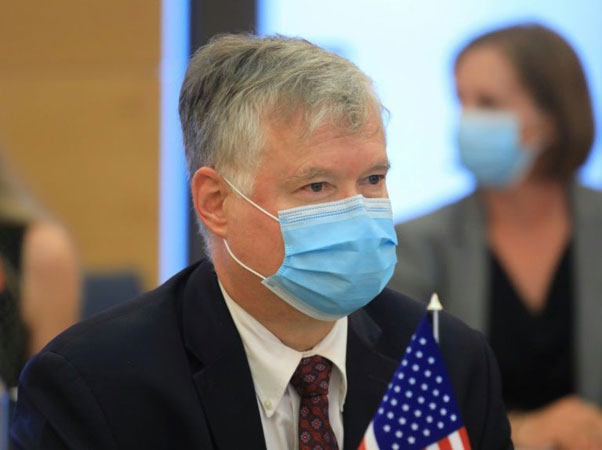 The outgoing US point man on North Korea admitted Thursday that the Trump administration had not achieved what it sought with Kim Jong Un, but blamed Pyongyang for squandering the opportunity for progress.

Talks over the North’s nuclear arsenal have been stalled since early last year when a summit in Hanoi between President Donald Trump and leader Kim collapsed over what the North would be willing to give up in exchange for a loosening of sanctions. Trump’s extraordinary and headline-grabbing engagement with Kim had been “ambitious and bold”, said US Deputy Secretary of State Stephen Biegun, who has led denuclearisation talks with Pyongyang, but had “yet to deliver the success we hoped for”. “You might wonder if I am disappointed that we did not accomplish more over the past two years. I am,” he added on his official last visit to Seoul. But he blamed Pyongyang for the failure, saying that “much opportunity has been squandered by our North Korean counterparts over the past two years”, he told the Asan Institute for Policy Studies, a South Korean think-tank.

They “too often have devoted themselves to the search for obstacles to negotiations instead of seizing opportunities for engagement”, he added. The historic first meeting between Trump and Kim in Singapore in June 2018 produced only a vaguely worded pledge about denuclearisation and their second summit in Vietnam eight months later was intended to put flesh on those bones but broke up without agreement. The US insisted from the beginning that Pyongyang must be “ready to make progress on denuclearisation” for economic sanctions relief and security guarantees, Biegun said. Washington did not expect the isolated North to “do everything before we do anything”, he continued, but insisted Pyongyang had to agree to “lay out a roadmap for action” and “where that roadmap ultimately leads” in denuclearisation. The outgoing negotiator — who is respected across the political aisle in divided Washington — offered to share his “experience, recommendations, and perhaps a little hard-earned wisdom” with his successor under the incoming administration of Joe Biden.