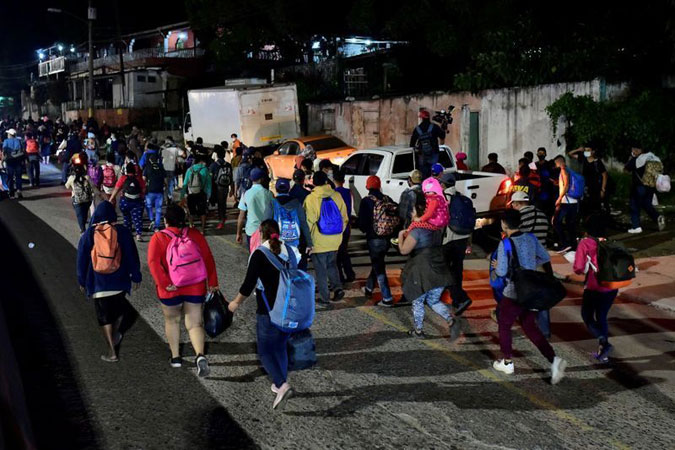 A few hundred Hondurans formed a caravan bound for the United States on Wednesday after hurricanes battered the country, posing a fresh challenge to efforts to stem illegal immigration from Central America on the cusp of a new U.S. administration. Mostly younger migrants with backpacks and some women carrying children left the northern city of San Pedro Sula on foot for the Guatemalan border after calls went out on social media to organize a caravan to the United States. If the exodus grows, it could become the first major caravan to hit the road since Joe Biden defeated U.S. President Donald Trump in a presidential election last month. Striking just two weeks apart in November, Hurricanes Eta and Iota hammered infrastructure, homes and crops, killing about 100 people in Honduras. The neighboring countries of Guatemala and Nicaragua also suffered widespread damage.