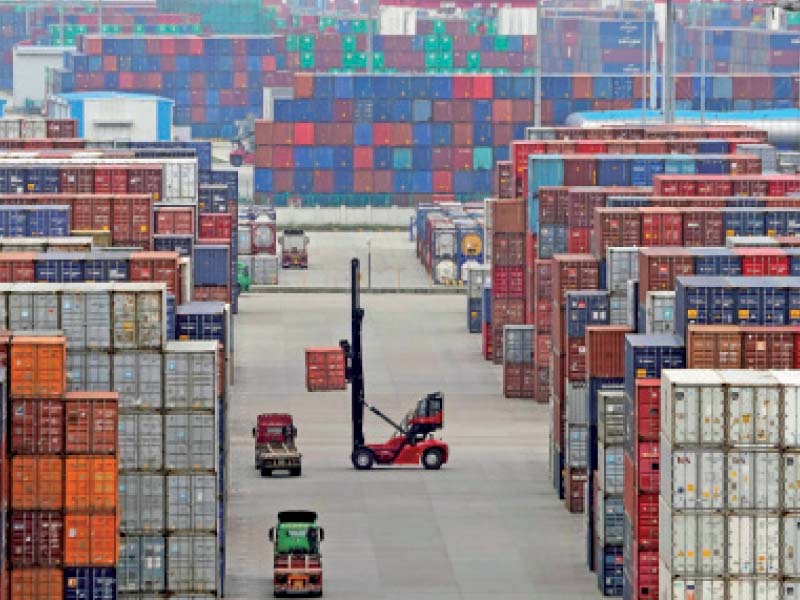 To address the issue of trade deficit, China has proactively taken measures, which include expanding market access for Pakistani products and organising trade promotion activities.

Adviser to Prime Minister on Commerce and Investment Abdul Razak Dawood, in a tweet, stated that during November, exports to China increased by 30%, Vietnam by 121%, the United Kingdom 27%, Italy 26%, the United States 25% and France 22%.

“This healthy trend is an indication that exports are regaining momentum. Exporters, therefore, should aggressively market their products in geographically diversified areas,” he added.

Giving a good start, Dawood previously promised to slash tariffs on more than 300 categories of imported items that were widely used as raw material for the export of goods.

Along with the constant upward trend in China-Pakistan trade, rising concern over the trade deficit with China has been echoing in the business community. However, the main reason behind the trade imbalance is the structural problem between industries of the two countries.

China has a strong manufacturing base for export of goods as compared to import. Until now, China has turned out to be the largest trading partner of more than 120 countries and regions in the world.

For Pakistan, it is time to dedicate some technical and financial resources to drawing a full map to expand exports to the entire world, and more specifically to China.

It is up to the subject specialists to come up with viable options for reducing Pakistan’s trade deficit with China and improve the trade balance.

Moreover, it is up to the political leadership of the two countries to sort out the issue as early as possible, which will also deepen the strategic geopolitical ties. The outbreak of the novel coronavirus has led to economic recession in major parts of the world and year 2020 is going to end with a deeper recession than the one seen in the wake of global financial crisis more than a decade ago.

A change in trade policy factoring in all the possibilities in global trade dynamics is a must. There is perhaps a greater need for promoting intra-regional trade to take advantage of the economy of trade.

THIS ARTICLE ORIGINALLY APPEARED ON THE CHINA ECONOMIC NET