Australia opener Warner ruled out of first Test against India 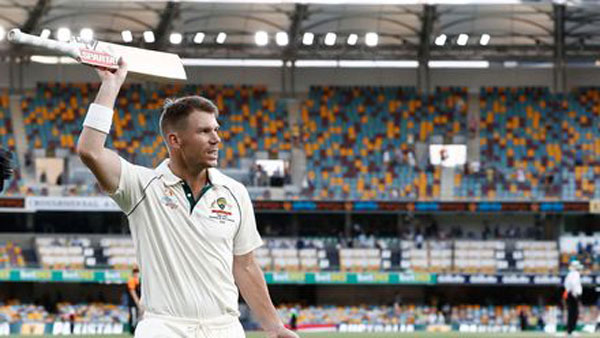 MELBOURNE: Australia opening batsman David Warner has been ruled out of next week’s series-opening Test against India in Adelaide and will target a return for the second Boxing Day Test in Melbourne, Cricket Australia (CA) said on Wednesday. Warner, who injured his adductor muscle during the second one-day international against India, will remain in Sydney to continue his rehabilitation while the majority of the Australia squad travel to Adelaide on Wednesday, CA said in a statement. “I feel I have made great progress in a short amount of time and it’s best for me to stay here in Sydney to continue working on getting back to full fitness,” Warner said in the statement. “The injury feels a lot better, but I need to be able to satisfy in my own mind and to my team mates that it is 100 percent ready for Test match conditions.

“That includes running between the wickets and being agile in the field. Right now I feel I am short of being able to play at peak fitness and another 10 days will make a difference.” Warner’s absence is a major blow for Australia, who lose one of their best batsman and a player who has been a rock at the top of the order for most of a decade. Australia’s opening problems have been compounded by injury to Warner’s likely replacement Will Pucovski, who retired hurt during the tour match against India A on Tuesday after being struck in the helmet by a bouncer. Joe Burns, Warner’s opening partner in the last home summer, has also been in dire form, and scored a total of four runs from his two innings against India A in the tour match in Sydney. The pink ball first Test starts at Adelaide Oval on Dec. 17, with further Tests in Melbourne, Sydney and Brisbane.