Asian markets boosted by fresh hopes for US stimulus 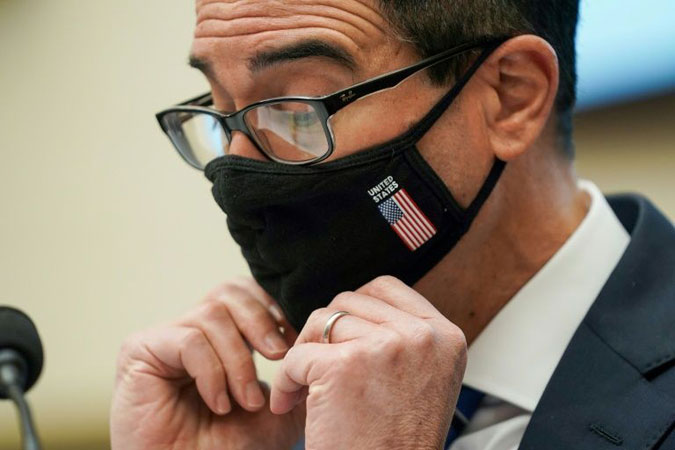 Asian markets rallied Wednesday as investors cheered news that the White House had put forward a fresh stimulus proposal of more than $900 billion, lifting hopes US lawmakers could pass a deal before Christmas.

The prospect of a rescue package for the world’s top economy helped revive equities, which have drifted for most of the month after November’s surge, while the rollout of vaccines in Britain and imminent authorisation in the US has added to the optimism.

However, spiking virus cases around the world and the imposition of tough containment measures continues to cast a long, dark shadow over trading floors.

Eyes are also on Brussels, where Prime Minister Boris Johnson is due to hold crunch talks with EU chief Ursula von der Leyen on a post-Brexit trade deal.

Equities have struggled this week as focus has been on the disease but Treasury Secretary Steven Mnuchin provided a much-needed shot in the arm Tuesday when he said he had presented Democrat House Speaker Nancy Pelosi with a new economic rescue package.

The $916 billion plan is bigger than the $908 billion proposal put forward last week by a bipartisan group of lawmakers, and Mnuchin said it includes “money for state and local governments and robust liability protections for businesses, schools and universities”.

Those elements have been key sticking points in negotiations between Democrats and Republicans. Crucially, the bill has been viewed by Donald Trump and Senate Majority Leader Mitch McConnell.

“My view, and I think it’s a view shared by literally everybody on both sides of the aisle, is that we can’t leave without doing a Covid bill,” McConnell said before the proposal was made public. “The country needs it.”

Hong Kong, Seoul and Wellington all rose more than one percent, while Tokyo put on one percent and Sydney jumped 0.9 percent. There were also gains in Shanghai, Taipei and Singapore.

Regional investors were given a strong lead from Wall Street, where the Nasdaq and S&P 500 notched up fresh records. “With the markets starting to exhibit some year-end fatigue, any stimulus holiday stocking-stuffer will come at a most welcome time and ensure that well-subscribed equity markets will cross the year-end finishing line on a positive note,” said Axi strategist Stephen Innes.