IS steps up Sinai fight with bombs in civilian homes 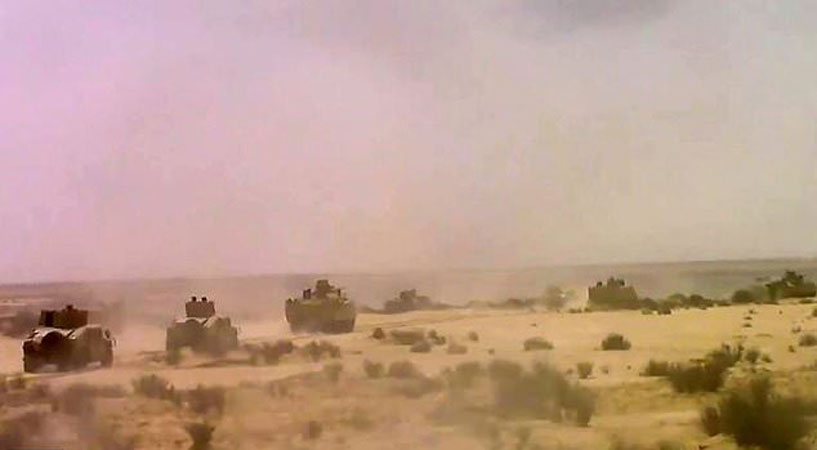 Residents of Egypt’s restive North Sinai region ran for their lives when an Islamic State group affiliate occupied their villages. Now, they are returning to find their homes booby-trapped.

“I lost my sister-in-law and her nine-month-old baby when an explosive device planted in their home went off,” said a young resident of Aqtiya village, who asked not to be named for fear of repercussions.

Around 15 people have been killed by improvised explosive devices (IEDs) since mid-October in villages around Bir al-Abd, in the northwest of the troubled province, say Egyptian security sources.

The IED attacks that have multiplied in the vast, remote and sparsely populated region which authorities have declared off-limits to journalists recall those the IS launched to sow terror in Iraq and Syria.

The recent deaths have badly shaken the 1,000 or so residents who returned in October after seeking refuge elsewhere in Egypt for three months as the army continued its grinding battle to crush IS.

Another resident, speaking to AFP by phone, said locals found IS had taken over their homes, used them as hideouts and then booby-trapped them.

“They even stole our livestock,” he added.

Egyptian security forces have been battling a long-running Islamist insurgency in the Sinai Peninsula, spearheaded by a local IS affiliate.

The fighting intensified after the military’s 2013 ouster of Islamist president Mohamed Morsi. In February 2018, security forces launched a nationwide operation against militants, focused on the sparsely populated North Sinai.

The Egyptian army said Tuesday that since September it had killed 40 suspected jihadist militants in air and ground operations in the Sinai region, and that seven of its own personnel had been either wounded or killed.

In a slickly produced video set to rousing military music, the army showed panning shots of its troops, tanks and air strikes, along with blurred, bloody pictures of what it said were dead militants.

The coastal town of Bir al-Abd lies on the edge of the barren desert.

In 2017, it saw modern Egypt’s deadliest attack, when 300 worshippers were killed in a gun and bomb assault at the Rawda mosque during Friday prayers.

The attack was carried out by armed men carrying flags similar to those of IS, although the jihadist group never formally claimed the attack.

In recent months, attacks have spiked.

The US State Department estimates that IS conducted 137 IED attacks last year, centred on north and central Sinai, along with “near-weekly complex assaults on government-fortified positions”.

“The booby traps in north Sinai directly follow the precedent set by ISIS operations in Iraq and Syria,” said Nadia al-Dayel, a Washington-based IS expert and head of Critica, a think tank.

She said the militants have honed their techniques, investing “considerable time and resources rigging doors, household furniture, appliances, and even children’s toys”.

Such tactics mirror those found in Syria and northern Iraq where, three years ago, retreating and encircled IS militants would rig explosives to fridges, toys and even copies of the Koran.

Civilians in northern Iraq told AFP last year that they were still afraid of returning to their homes because of the bombs planted in unsuspecting places.

“It is likely that the tactic of targeting civilian life will not only continue but will be taken up by other violent groups,” warned Dayel, regarding IS in Sinai.

Some 970 suspected militants and dozens of security personnel have been killed in North Sinai since February 2018, according to official figures.

No independently verified death toll is available and the region is largely cut off to journalists.

Residents told AFP the main threat remained IS and its indiscriminate attacks.

But the civilian death toll has continued to rise, with locals caught between the army operations and a hardening insurgency.

One resident, who also declined to be identified, told AFP that the governor’s office had provided schools as shelters for those displaced after IS razed five villages around Bir al-Abd. That offensive followed a deadly counter-terrorism operation in July.