NATO calls for immediate end to violence in Afghanistan

* Taliban accuse NATO, its allies of inflicting destruction on Afghanistan 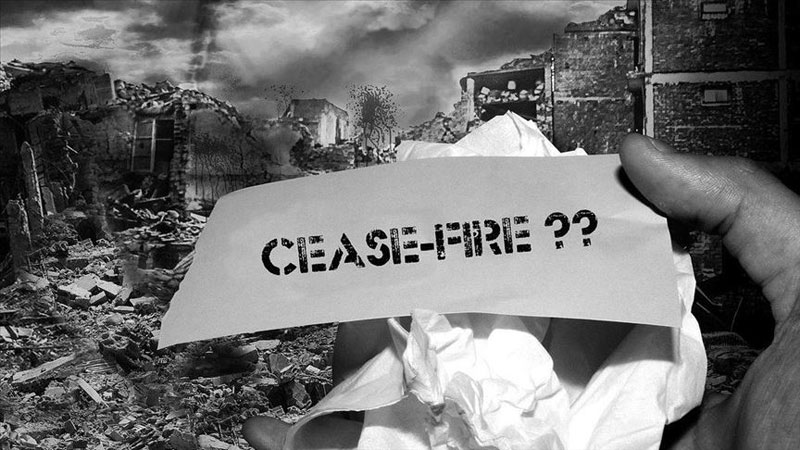 As political representatives of the Taliban and the Afghan government’s team have started discussions to finalize an agenda for negotiations, NATO on Wednesday called for an immediate end to violence and negotiating a ceasefire.

Sources privy to the Qatar negotiations say that both sides have exchanged proposals on agenda items as the government negotiation team has pressed for a ceasefire. There has been no progress in the talks, the sources said.

A Taliban commentary on Wednesday opposed linking the ceasefire with the release of thousands of more Taliban prisoners and called for release of their prisoners in accordance with the Doha agreement signed in February.

NATO in a statement urged the parties to build on this momentum by agreeing to immediately end violence and by negotiating toward a permanent and comprehensive ceasefire and a political roadmap for a prosperous Afghanistan, at peace with itself and its neighbours.

“After four decades of conflict and suffering, a negotiated political settlement offers the only hope for a lasting peace. Violence, especially driven by Taliban attacks, continues to undermine the peace process and must end,” said the statement posted online.

The statement described the recent agreement between the negotiating teams of the Afghan government and the Taliban on the rules and procedures for Afghanistan Peace Negotiations and the first meeting of the Leadership Committee of the High Council for National Reconciliation as important steps toward a comprehensive and lasting peace in Afghanistan, which is the unequivocal demand of the Afghan people.

“We expect negotiations to lead to an enduring and comprehensive Afghan peace agreement that puts an end to violence, builds on the progress of the last 19 years, safeguards the human rights of all Afghans, particularly women, children, and minorities, upholds the rule of law, and ensures that Afghanistan never again serves as a safe haven for terrorists.”

“We will continue to consult on our military presence and, if conditions allow, to adjust it to support this Afghan-owned and Afghan-led peace process. We went into Afghanistan together, we are adjusting together, and only when the conditions are right, we will leave together,” the statement said.

Meanwhile, the Taliban have slammed the recent remarks by NATO Secretary-General Jens Stoltenberg, who remarked that the “price for leaving (Afghanistan) too soon or in an uncoordinated way could be very high.”

“Note that NATO and its allies have inflicted this destruction upon Afghanistan and its people even though no Afghan has attacked a member nation of NATO or America. Only to fulfill their imperialistic agenda, both America and NATO attacked our country and introduced to its people such unimaginable suffering that two decades later it has still to see an end,” a Taliban commentary has said.

The Taliban reminded the NATO chief that it is clearly stated in the Doha agreement that all foreign forces shall leave Afghanistan and no-one will be permitted to use Afghan land against America and its allies.

“The Islamic Emirate is dedicated to the Doha agreement. The opposing party, too, should not betray its word. Consider that this agreement benefits not only the Afghan people, but America and its allies too,” the commentary says.

The Taliban said it is high time NATO refrains from obdurately deceiving the world and its public, adding NATO is advised not to waste this opportunity in the same way it has thoughtlessly wasted life and money for the past twenty years in Afghanistan. agencies