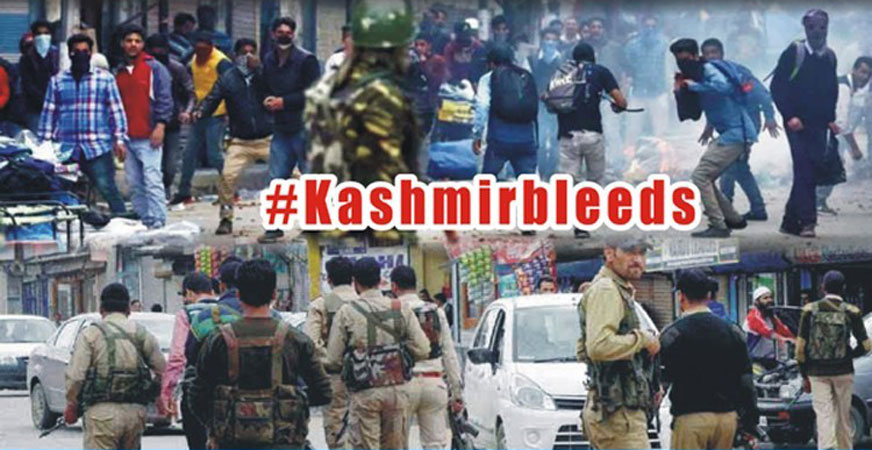 Pakistan Mission to the United Nations Tuesday marked the International Day of Victims of Genocide by highlighting India’s mass atrocities in occupied Kashmir, with a call on the world community to take steps to stop New Delhi’s state terrorism and war crimes in the disputed territory.

“We urge the international community to stop impending genocide and ethnic cleansing in Indian occupied Jammu and Kashmir (IIOJK) which is aimed at converting the Muslim majority in IIOJK into a minority,” the mission said on its twitter account.

Since 1990, it said, India’s occupation army has martyred over 100,000 thousand Kashmiris, widowed 22,000 women, orphaned 108,000 children and raped more than 11,000 women, pointing out a recent statement by Genocide Watch regarding another impending genocide in IIOJK only reaffirms such fears.

“Today, the Indian Muslims face an existential threat,” the mission said, adding, “Over the years, they have been victims of the most shocking atrocity crimes at the hands of BJP-RSS’ ‘Sangh Parivar’,

“On this day, we call upon the international community to prosecute the Indian civil and military personnel involved in the state terrorism, war crimes and crimes against humanity in IIOJK and against Indian Muslims.”

International Day of Victims of Genocide, which is observed on December 9, is a global event instituted by the United Nations to commemorate victims of genocide and highlighting humanity’s responsibility to prevent future genocides.