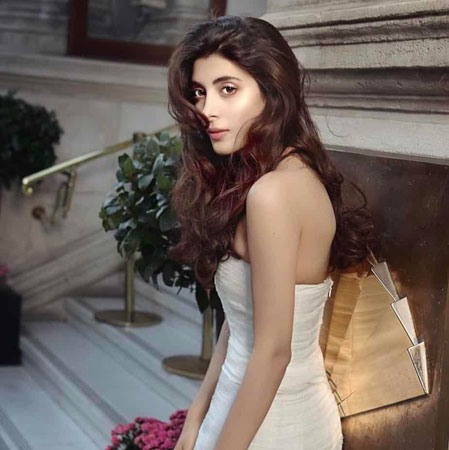 Actress and producer Urwa Hocane reminisced her trip to Gilgit-Baltistan (GB) which she took a few weeks ago, sharing that she wants to go back to the northern region as she misses the warmth of people and the scenic beauty.

Taking to Twitter, the ‘Na Maloom Afraad’ starlet retweeted Prime Minister Imran Khan’s post where he had posted beautiful pictures of the region.

“Yes, that’s my beautiful Pakistan! Was there only a few weeks ago, already craving to go back to the enthralling Gilgit-Baltistan & its warmest people!” the actress said in a Tweet.

Last week, Prime Minister Imran Khan had also said that GB is “one of my favourite places on earth”. The premier shared four photos from the northern region on Twitter, showing the mesmerising colours that have blanketed GB in its entirety ahead of the winter season.

“Everywhere, there are hundreds of colours spread in Gilgit-Baltistan before the onset of winter,” PM Imran Khan wrote.