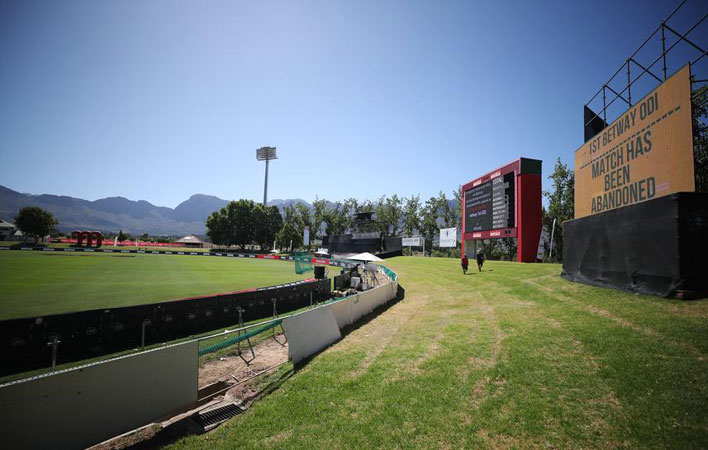 CAPE TOWN: England’s cricketers hoped rounds of golf would ease the stress of long periods within a bio-secure bubble but after the One-Day series in South Africa was postponed organisers are taking a fresh look at the impact of COVID-19 protocols on players’ mental health. The decision to postpone the series came after potentially five COVID-19 cases were flagged inside the teams’ bio-secure environment in Cape Town — one South Africa player, two hotel staff and two members of the England touring party. With cricket tours requiring players to be away from their families for weeks or even months, the sport is having to look carefully at how teams handle the strict conditions imposed on them by host countries.

Some have found the toll of moving from bubble to bubble too much. England’s Tom Banton and Tom Curran have already pulled out of Australia’s domestic T20 Big Bash League this month. With England’s players restricted to bio-bubbles throughout the home summer, and some spending more time locked away while playing in the Indian Premier League, the England and South Africa boards agreed to create a “bio-secure environment”, where some movement was allowed under strict guidelines. “Golf was a key request for the tour to go ahead and we were comfortable with that because some allowances have to be made for the players’ mental wellbeing,” South Africa team doctor Shuaib Manjra was quoted by the Daily Mail.

“Many of the England players have been in some sort of bubble for months and you cannot expect them to sit in their rooms all day. Such concessions will have to be made if we want to continue playing cricket.” The teams did manage to play a three-match Twenty20 series prior to the ODI games, which England won 3-0, but the postponement will come as a massive financial blow to embattled Cricket South Africa. It also casts doubt on their ability to host planned future tours with Sri Lanka, Pakistan and Australia all set to arrive in the coming months.

Different approach: Manjra says there would be changes to the bio-secure environment for the visit of Sri Lanka, who start a two-test tour in Pretoria on Boxing Day. “The Sri Lanka series was set to be very different because the hotel is very different,” he said. “Again, we were looking to try and balance the mental wellness with strict COVID-19 protocols. But now maybe need a different approach.” ECB managing director of men’s cricket Ashley Giles said there were early concerns about the bio-secure environment, and that this build-up of anxiety among the players led to the decision to call off the remainder of the tour.

“There’s clearly concern when infections spring up in what is a supposed to be bio-secure environment,” he was quoted as saying by BT Sport. “That definitely creates a level of anxiety and nervousness. “At the moment I don’t think there’s anyone who can tell us where these instances have sprung up from. In our group it created a great deal of anxiety. It came down to a wellbeing thing in the end.” Giles said it was likely the tour of South Africa was merely the tipping point for the players. “I don’t think it’s the last three weeks, it could be the last eight or nine months,” he added. “These guys have been living in bubbles for long periods of time and their mental health and wellbeing is the absolute priority for us.”