‘Coke Studio 2020’ reveals song line up for its second episode! 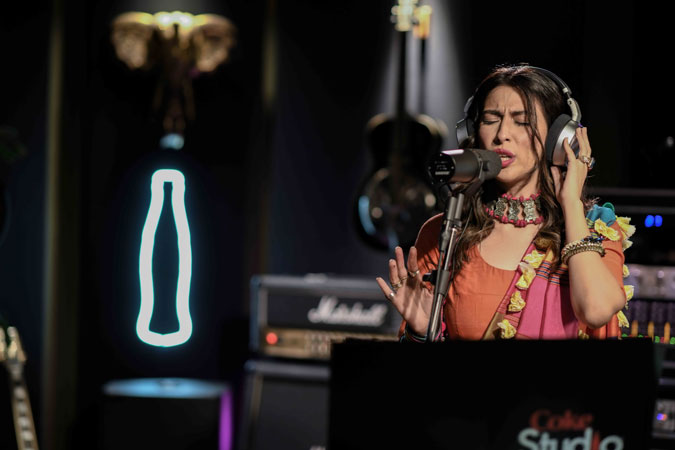 featuring three songs performed by a mix of emerging artists and industry veterans.

The soon to release episode will showcase all original songs including

Gal Sunn, a Punjabi folk song featuring Meesha Shafi and son of the late renowned Ghazal singer Ustad Pervez Mehdi, Ali Pervez Mehdi. In addition to this, the episode also features Rahat Fateh Ali Khan and Zara Madani in Dil Tarpe, a “tarana” written by Rahat Fateh Ali Khan himself, and Yaqeen, written, composed and performed by Wajiha Naqvi who is returning to the Coke Studio platform as a lead vocalist.

Hence, with this evolving discovery of the Pakistani identity also continues the journey of Coke Studio and its music

Indeed, this season’s Coke Studio, produced by Rohail Hyatt, was administered under a careful management and maintenance of COVID-19 SOPs which resulted in both singers and musicians being recorded separately. Yet despite these challenges, Coke Studio was committed to releasing a season as an opportunity to keep hope alive amidst difficult times, especially keeping in mind the artist and musician community that has suffered the most due to COVID-19.

Given the extraordinary circumstances under which this year’s season has been produced, it will be deliberately referred to as Coke Studio 2020 and not Coke Studio Season 13. The core values of the Coke Studio platform have always been to explore, experiment and share the unique music of Pakistan and the sub-continent with the rest of the world. Hence, with this evolving discovery of the Pakistani identity also continues the journey of Coke Studio and its music.