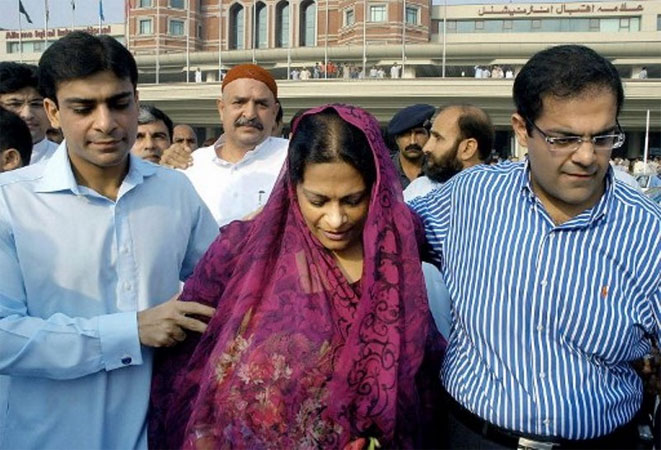 An accountability court on Tuesday declared Pakistan Muslim League-Nawaz (PML-N) President Shehbaz Sharif’s wife Nusrat Shehbaz a proclaimed offender in a money laundering case. Judge Jawadul Hassan extended judicial remand of Shehbaz and his son Hamza Shehbaz until December 12. The court observed that Nusrat Shehbaz was repeatedly summoned but she didn’t turn up. Shehbaz complained to the judge that he is not being provided with medical facilities despite the fact that he is a cancer patient. The judge said the court had ordered for a physiotherapist to be provided to the PML-N leader to attend him, to which Shehbaz said the court’s order was not complied with. Advocate Amjad Pervez, who is representing the Shehbaz family in the case, didn’t appear in court as he was busy in the Supreme Court. The court gave him a last chance to cross-examine NAB witnesses at the next hearing. The court adjourned the hearing until December 12.