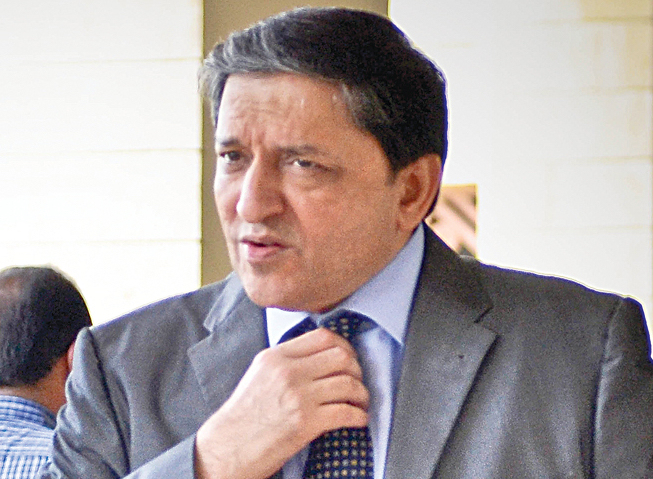 ISLAMABAD: A suspected frontman in the on-going fake bank accounts case Tuesday questioned the freezing of shares and assets in his name by the National Accountability Bureau (NAB), a development linked to the freezing of the shares and properties owned by Senate Deputy Chairman Saleem Mandviwala.

According to the agency, Mandviwala, a Pakistan Peoples Party (PPP) leader, had purchased 3.1 million shares of Mangla View Resort in the name of his staffer Tariq Mehmood, an accused in the case involving former president and PPP co-chairperson Asif Ali Zardari. It said Rs30 million were paid for the purchase of these shares from the fake account of A-One International.

The shares with the Securities and Exchange Commission of Pakistan (SECP) were frozen last month lest Mandviwala may dispose of the shares.

During the hearing on Tuesday, Mehmood insisted the freezing of the shares was illegal.

Following the hearing, the accountability court issued notice to the agency to submit its reply before December 18 and adjourned the hearing.

According to a NAB report, former Pakistan International Airlines (PIA) chairman “Aijaz Haroon and Saleem Mandviwala, in connivance with each other, embezzled the government land through illegal and fraudulent allotment and received illegal and unlawful gains of Rs144.2 million from fake bank accounts namely A-One International and Lucky International under the garb of [a] business deal or property transaction with Abdul Ghani Majeed, chief executive officer Omni Group.”

It said the proceeding in the case further revealed that the purported property and business deal was coordinated by the accused using his brother Nadeem Mandviwala’s real estate company, Mandviwala Builders and Developers, and received Rs64.2 million out of Rs144.2 million.

The same, it said, was misappropriated through the purchase of a trust called Dawat-i-Hadiyah, Karachi by the accused.

Mandviwalla has categorically denied the allegations, claiming the case is “unfair and prejudicial.” Following his verbal tirade against NAB, its chief retired Justice Javed Iqbal issued a press statement, saying he “will decide about further proceedings [himself] after examination of the record of the case in accordance with [the] law and after getting the version of Saleem Mandviwala so that justice could be done as per law”.