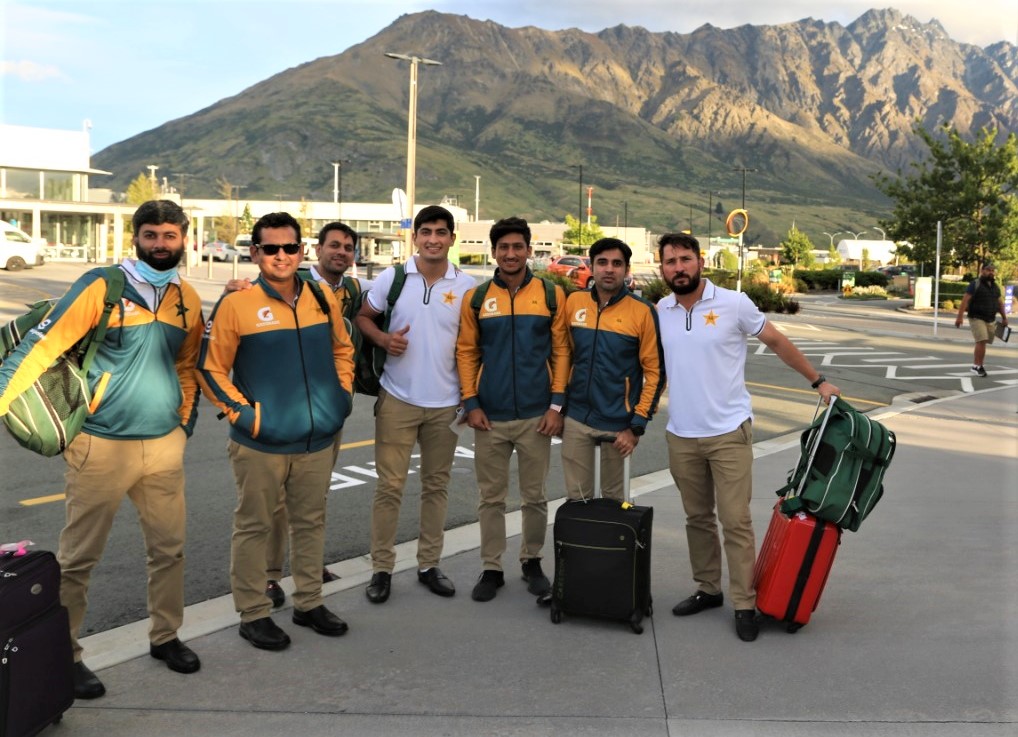 WELLINGTON: The Pakistan cricket squad has been allowed to leave managed isolation to begin its preparation for the T20 and Test series against New Zealand.

All members of the squad tested negative on the 12th day of their 14-day stay in isolation and were allowed to travel to the South Island resort of Queenstown, where they can now train as a group.

The team’s exemption to train in smaller groups after the third day in isolation was revoked by New Zealand health authorities when players breached protocols by mingling in corridors and sharing food.

Six members of the 53-strong squad tested positive for Covid-19 on arrival and two more subsequently returned positive tests and were moved to the quarantine wing of their hotel.

Earlier, New Zealand’s Ministry of Health reported 52 members of the Pakistan squad would be released from the quarantine facilities in Christchurch.

“One case will remain in the Christchurch quarantine facility until fully recovered,” the ministry said in a statement. “One person repeatedly tested negative and is being released from the Auckland quarantine facility today, where they had been transferred on arrival as a precaution.”

The person was reported to have shown symptoms of Covid after arriving in New Zealand from Dubai but has since tested negative.

“After extensive testing and completion of their time in managed isolation in Christchurch, the medical officer of health is satisfied these people pose a very low risk to the community,” the ministry said.

Cricketer Shadab Khan shared a picture with his teammates on Twitter with the caption “life and smiles after quarantine”.

Head coach Misbahul Haq earlier was quoted as saying the players had suffered “mentally and physically” during their time in isolation.

“Top professional athletes require a certain environment to prepare so that they can perform at the minimum expected levels every time they represent their countries,” Misbah said in a statement issued by the Pakistan Cricket Board (PCB).

He said Pakistan players and officials “respect and understand” the health and safety regulations implemented in New Zealand to protect the community against Covid-19.

New Zealand is currently leading a two-test series against West Indies and will host Pakistan in three T20s on December 18, 20 and 22 before a two-Test series starting December 26.

New Zealand’s borders have been closed to all but returning New Zealand citizens and residents, though exemptions have been allowed in the case of the touring West Indies and Pakistan teams. New Zealand has had only 25 deaths from Covid-19 and currently has no community cases.

“There is no denying the fact that the implementation of certain regulations has affected our athletes, both mentally and physically prior to an international series,” Misbah said.

“I want to compliment my players and the management team for their patience, sacrifices, and the hardships they have endured to ensure they not only lead the safe resumption of international cricket during the Covid-19 pandemic but also try to give their best every time they step on the field.”