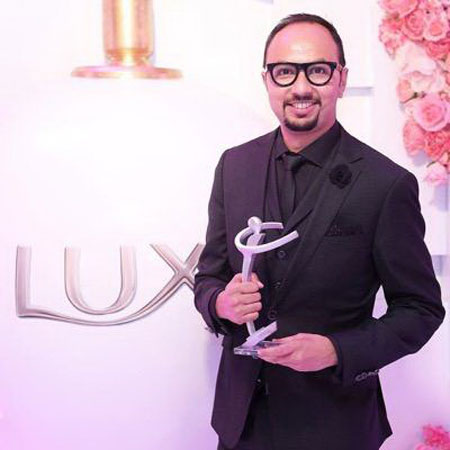 Designer Nomi Ansari has been given the task of designing the uniforms for AirSial cabin crew.

“It is with immense pleasure AirSial announces, that Pakistan’s topmost performing designer in the fashion industry known for his exceptional and astounding dresses, having bagged countless awards has designed uniforms for us and it is none other than Nomi Ansari the styling icon of Pakistan,” reads the post on Twitter.

The airline thanked Ansari for designing the uniforms according to international standards but also giving them the a modest image matching Pakistan’s culture and traditions.

“We would like to thank Nomi Ansari for his tremendous and tireless effort in shaping our uniforms to the international standards giving them the most modest image matching our culture and traditions,” said the press release.

National flag carrier PIA, which once had Pierre Cardin design the uniform for its cabin crew, also now sport Ansari’s creations after he won a fashion face-off for the top honour in 2016.

AirSial will formally be inaugurated on December 9 by Prime Minister Imran Khan.

It will start with 16 flights between Karachi, Lahore, Islamabad, Sialkot and Peshawar before expanding operations. It hopes to start international flights in two years.

The airline is a project of members of the Sialkot Chamber of Commerce and Industry. It was conceived in 2015 after Sialkot’s business community constructed the city’s airport on its own. That makes it the country’s first and only privately owned airport.

The Rs3.5 billion needed to set up the airline was funded by 365 businessmen from Sialkot.