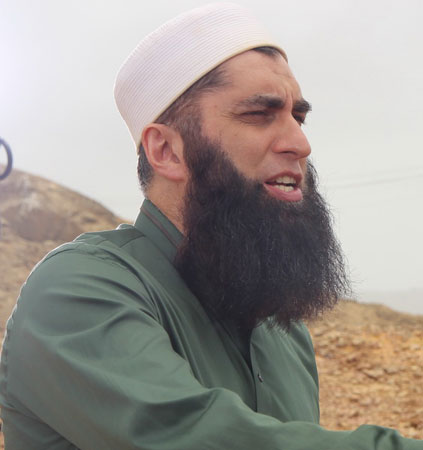 The third death anniversary of Pakistani singer-turned-religious scholar Junaid Jamshed is being observed today as the nation remembers the immensely popular celebrity. Junaid Jamshed – 52 – died on December 7, 2016 along with his wife and 45 others in a horrible crash of Pakistan International Airlines flight PK-661 near Havelian. Junaid Jamshed was born on September 3, 1964 in Karachi. His father Jamshed Akber Khan was a retired Group Captain in Pakistan Air Force. After graduating from local boarding high school in Lahore, Jamshed proceeded to join the PAF, initially focusing to become professional F-16 fighter pilot. But due to weak eye-sight during the tough physical examination, his nomination papers were rejected by the PAF selection board. Jamshed was later accepted at the University of Engineering and Technology in Lahore where he excelled in courses in mathematics and physics before declaring his major in Mechanical engineering. Jamshed gained Bachelor of Science, graduating in mechanical engineering in 1990. And join PAF as a civilian contractor and moved on to a short-lived career in aeronautical engineering. In 1983, Jamshed start performing rock music gig in Peshawar University and Islamabad University campuses while as a student at UET in Lahore.