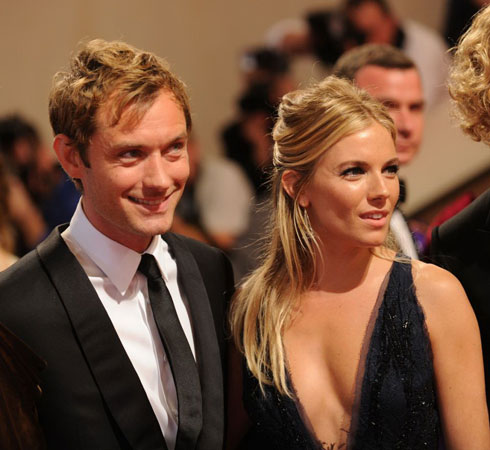 Sienna Miller recalled ex-fiancé Jude Law’s explosive affair with his nanny as “one of the most challenging moments I hope I’ll ever have to experience” in a new interview with the Daily Beast.

Rewind 15 years ago to July 2005 when Miller, now 38, was starring in a London production of the William Shakespeare play As You Like It and engaged to Law after a courtship sparked by their roles in the 2004 film Alfie. That summer, British media reports had tagged Law and nanny Daisy Wright, who cared for one of his children (from a previous relationship), as having an affair.

“It was amazing,” Wright told the Sunday Mirror of the affair. “Jude was a masterful lover who made my whole body tingle.”

At the time, Jude, now 47, issued a statement to Press Association. “Following the reports in today’s papers, I just want to say I am deeply ashamed and upset that I’ve hurt Sienna and the people most close to us,” he said. “I want to publicly apologise to Sienna and our respective families for the pain that I have caused. There is no defence for my actions which I sincerely regret and I ask that you respect our privacy at this very difficult time.”

The couple broke up (then briefly reunited before splitting again) and in 2008, Sienna started dating actor Balthazar Getty, then married to fashion designer Rosetta Getty. Their romance was exposed by paparazzi photos of a topless Miller and Balthazar in Italy (Miller later sued British agency Big Pictures for invasion of privacy and harassment, winning an $80,000 settlement). Although the affair was “humiliating” for Rosetta, the Gettys reconciled in 2010, with Balthazar telling Harper’s Bazaar, “I loved and missed my family too much not to make it work.”

Of the media’s interest in Law’s affair, Miller told the Daily Beast, “That was one of the most challenging moments I hope I’ll ever have to experience. Because with that, to have to get out of a bed let alone stand in front of 800 people every night, it’s just the last thing you want to do.” She added, “It was really hard. And the other thing was, it was at the height of all that paparazzi madness, and in London where there was an epidemic of bad behaviour. They knew where I would be every night.”

Miller told the outlet that she blocked out much of that time period. “There’s a whole six weeks of that experience that I don’t remember. I have no recollection of it,” she said. “People who came to see me said we had dinner, and I don’t remember. I was in so much shock over it all. And I’d really just begun. I was only 23. But if you get through that, you feel like you can get through anything.” In 2014, the G.I. Joe star, who shares a daughter, now eight, with actor Tom Sturridge, expressed regret for how her love life once encapsulated her acting career. “I sabotaged things,” she told Esquire. “I burnt a lot of bridges.” On set she was professional, but on her own time, “I wasn’t behaving the way you should.”

Miller has since appeared in films such as 21 Bridges with the late actor Chadwick Boseman (whom she said donated a portion of his salary to combat pay disparity) and American Sniper.

However, Miller and Law (who in September, welcomed his first child with wife Phillipa Coan) appear to be friendly, despite rarely seeing each other. “I care about him enormously,” Miller recently told Porter magazine.