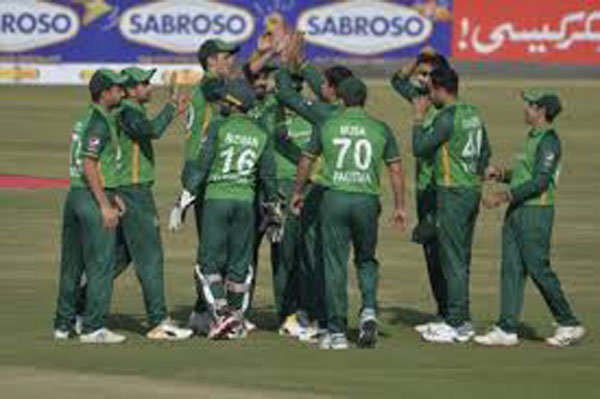 LAHORE: Pakistan’s jumbo contingent of 44 players have been all tested negative for Covid-19 during the fifth and final round of testing on Sunday. This allows them to start training, subject to a final clearance from New Zealand’s Ministry of Health. The squad are expected to leave their managed isolation facility in Christchurch and fly to Queenstown on Tuesday, where they will train in the lead-up to the three-match T20I series that begins in Auckland on December 18. Prior to the T20Is, Pakistan A, who are on a shadow tour, will feature in two four-day games against New Zealand A in the build-up to the two-Test series, which is part of the World Test Championship. The first four-day game begins on December 10 in Queenstown, with the second one from December 17 in Whangarei.

Both squads ––- the T20I and Pakistan A –– will be staying in separate hotels in Queenstown and training at different times according to their match requirements. “The member of the Pakistan squad who tested positive on day six will remain in managed isolation until departing – negative tests permitting,” a New Zealand Cricket release said. “Additionally, the member of the squad who was taken into quarantine in Auckland after arriving from Dubai feeling unwell ––- but subsequently testing negative ––- has also been cleared to leave the facility.”

The news comes as a relief to the Pakistan camp, with many of the players having already spent extended periods in a bubble at different times since July, when they resumed playing cricket during the England tour after a coronavirus-induced lockdown. Subsequently, they also conducted their domestic season under a bio-bubble at home, followed by a short limited-overs series against Zimbabwe and the PSL playoffs.

Pakistan were to start training in New Zealand on December 5, but were sent into extended quarantine after six members returned positive tests upon arrival. When a number of players were found to have mingled in groups at their isolation facility, Wasim Khan, the PCB CEO, had spoken to the players, asking them to refrain from such acts that could put the tour in jeopardy. On Sunday, head coach Misbahul Haq praised his players for making sacrifices, while also stating how spending time in isolation without being given the concession to train was both “mentally and physically” draining. The three-match T20I series between New Zealand and Pakistan is followed by two Tests, starting December 26 in Mount Maunganui.