Bradman’s ‘baggy green’ cap from 1928 debut to be auctioned 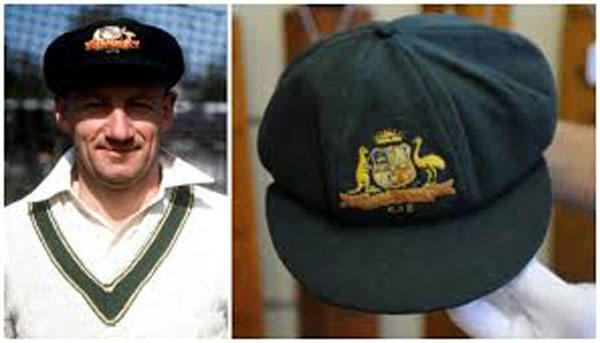 SYDNEY: Late Australian cricketing great Don Bradman’s ‘baggy green’ cap from his Test debut against England in 1928 is being put up for auction this week, Pickles Auctions said. Bradman went on to become one of Australia’s greatest captains and his remarkable consistency with the bat saw him retire with a Test batting average of 99.94, a mark that has not been eclipsed in 72 years. “In 1959, Sir Donald gifted the Baggy Green to his neighbour, Peter Dunham, whose house backed onto the Bradman’s family home,” Pickles said in a statement. AAP reported that Dunham, an accountant, was jailed for eight years and two months in May for scamming $1.3 million from investors, with some of his victims seeking access to the cap to help pay off his debts. Earlier this year, former spinner Shane Warne sold his prized baggy green for more than A$1 million ($743,000) to aid bushfire relief efforts. In 2003, Bradman’s last baggy green cap from his final tour of England in 1948 was sold for A$425,000 while his blazer from his first series as Test captain sold for A$132,000 in 2015.