* Sindh's positivity rate crosses 15%, highest in the country
* Punjab records over 800 infections for first time since July
* More than 1,500 people recover from coronavirus in country 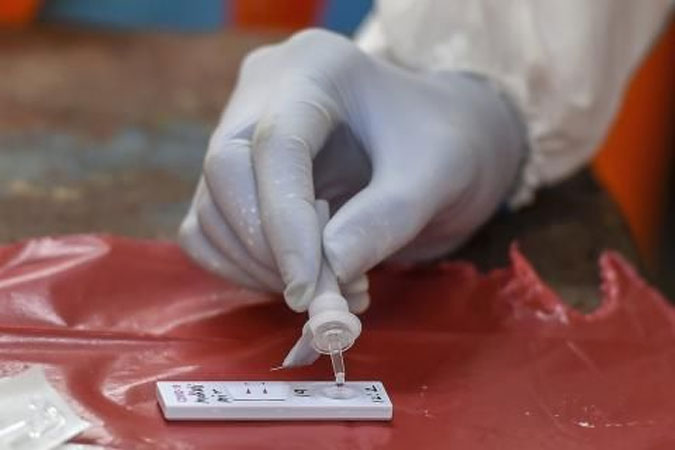 The Covid-19 cases continue to soar amid the second wave of the pandemic and the positivity ratio in the country was recorded at 9.71 percent during the last twenty-four hours as 3,795 new cases came to surface in 39,076 tests.

According to the data provided by National Command and Operations Centre (NCOC), the country’s case positivity rate climbed to 9.71 percent for the first time in five months.

There are 55,354 active cases across the country, of which 2,539 are in critical care, whereas the condition of 103 patients has deteriorated in the past 24 hours. The country has a recovery rate of over 84 percent as 356,542 patients have recovered since the outbreak surfaced in February this year.

The NCOC – the nerve centre of the government’s unified efforts to stem Covid-19 spread – was informed that around 81 percent of the cases are from urban centres and at least 4,503 smart lockdowns are in place across Pakistan. As a result of the smart lockdowns strategy, more than 1.5 million people are currently under lockdown.

The forum was further informed that the number of tests over the past two weeks hovered above the 40,000 mark. The highest positivity ratio was recorded in Karachi at 21.31 percent, followed by Abbottabad at 17.86 percent and Peshawar at 16.66 percent.

The NCOC was briefed by provincial chief secretaries, via video link, regarding SOP compliance and was informed that administrative measures, including fines and closures, have been taken in an effort to mitigate the spread of the virus.

A session of the NCOC was held in the chair of Planning and Development Minister Asad Umar, which was attended by chief secretaries and other high-ups.

The session discussed the steps to stop the Covid-19 spread, implementation of SOPs and the situation of consistently increasing positivity rate of the virus. The federal and provincial officials gave briefings to the participants of the NCOC session.

Meanwhile, Additional Sessions Judge Karachi South Zahida Parveen on Monday tested positive for the coronavirus. She has quarantined herself at her house. Meanwhile, as a precautionary measure, the administration of the infected court has decided to test all the employees for the virus.

On the other hand, Dr Waris, an ENT specialist at Sindh Government Hospital in Karachi, succumbed to the coronavirus on Monday. He was diagnosed with Covid-19 and had been on a ventilator for the past several days. The number of healthcare professionals that have thus far fallen prey to the deadly disease across the Sindh province has reached 40.

According to the National Institute of Health, over 10,000 health workers have tested Covid positive in Pakistan since the global pandemic broke out in Pakistan while 100 of them have died of the infection.