KTH director among seven suspended over negligence in duty 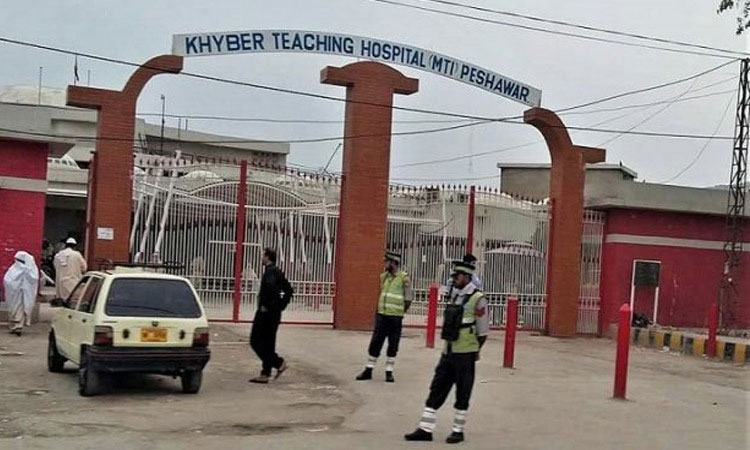 Seven officers at Khyber Teaching Hospital (KTH) were suspended on Monday over negligence in duty, a day after six coronavirus patients died after the hospital ran out of oxygen supply.

The provincial government had ordered the hospital’s Board of Governors (BoG) to submit a report within 48 hours. However, the report was handed in within a day.

The management suspended seven including the hospital director, facility, and supply chain managers. Furthermore, the management said it would investigate the standards of the supply system, hire trained and qualified staff for the oxygen plant, establish a backup system on an emergency basis, and organise a rescue squad.

A preliminary report submitted by the board, headed by chairman inquiry committee Dr Nadeem Khawar, found that the “incident occurred due to system failure” among other negligences.

“The rescue squad was found to be incompetent to deal with any unfortunate or unforeseen emergencies within the hospital. While many patients were left gasping for oxygen support, it was found that the duty staff of the oxygen plant of the hospital were not present,” the report stated.

The report found that the services contract between the hospital and a Rawalpindi-based private company Ms Pakistan Oxygen Limited had expired on June 30, this year. The confirmation of the contract’s extension till the mentioned date was also done verbally.

“No office order regarding renewal/extension of contract is available with the record provided by the pharmacy’s manager,” the report maintains.

The inquiry committee found out that the KTH’s oxygen tank has a storage limit of 10,000 cubic meter. But there was no backup system for oxygen supply as recommended by the health technical memorandum.

Among other actions taken, besides suspending the seven hospital officials, the report maintains that the committee will further investigate the standards of Pakistan Oxygen Limited’s monitoring and supply system. Moreover, qualified and trained staff will be hired for the oxygen plant, whereas primary and secondary backup systems for oxygen supply will also be established on an emergency basis.

Special Assistant to the CM on Information, Kamran Bangash announced on Monday that families of the people who died at Khyber Teaching Hospital for want of oxygen supply will get Rs1 million compensation. He was addressing a press conference alongside Health and Finance Minister Taimur Khan Jhagra after a high-level meeting chaired by CM Mahmood Khan to review a preliminary report compiled by the hospital’s board of governors on the tragic incident.

Bangash said the KP chief minister has sought a detailed report about the incident in five days, which will not only fix responsibility for the oxygen shortage that led to the deaths of six people but also spell out action taken against those responsible.

Jhagra said a drop in oxygen level should have been pointed out immediately, which unfortunately didn’t happen due to the absence of the relevant staff. He cleared that no attempts were made to cover up anything in the initial report. He stressed the need for restoring people’s trust in public sector hospitals by bringing improvements in the healthcare system.