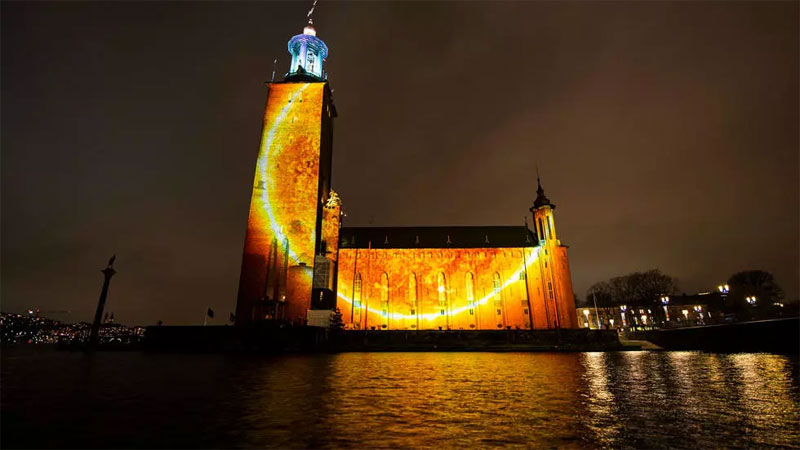 Adjusting to a world where travel is hampered by the pandemic, this year’s Nobel laureates will receive their prizes at home this week following the cancellation of the traditional Stockholm and Oslo ceremonies.

The awards in the six categories were announced in nearly typical fashion in October, albeit with fewer reporters in physical attendance.

However, none of the winners will travel to Stockholm or Oslo to receive their diplomas and medals due to the Covid-19 pandemic.

The ceremonies are traditionally held on December 10, the anniversary of the 1896 death of the prize’s founder, Swedish entrepeneur and inventor of dynamite Alfred Nobel.

The lavish Stockholm ceremony hasn’t been cancelled since World War II, and the last time the Oslo ceremony was scrapped was in 1976 when the peace prize was “reserved” until the following year owing to a lack of suitable nominations.

According to the Nobel Foundation’s programme, France’s Emmanuelle Charpentier, the co-laureate in chemistry, had been scheduled to be first out to receive her prize in a ceremony on Monday evening with the Swedish ambassador in Berlin.

But on Monday the Foundation disclosed that literature laureate Louise Gluck had already been presented with her medal and diploma on Sunday at her home in Massachusetts.

Chemistry co-laureate Jennifer Doudna will meanwhile receive her honours at a ceremony in Berkeley, California, on Tuesday.

The west coast US state will also see economics winners Paul Milgrom and Robert Wilson pick up their awards in Palo Alto on Tuesday and physics laureate Andrea Ghez in Los Angeles on Wednesday. The two other physics winners, Roger Penrose and Reinhard Genzel, will accept their prizes in London and Munich on Tuesday.

Medicine laureates Harvey Alter and Charles Rice will receive their prizes at Swedish diplomatic missions in Washington and New York.

Briton Michael Houghton, who shared the medicine prize and lives in Canada, will meanwhile receive his prize at his home at an undisclosed date.

The prestigious Nobel Peace Prize, which is normally handed out in Norway’s capital Oslo, will be presented in Rome on Thursday to World Food Programme executive director David Beasley at a ceremony broadcast online.

In lieu of the traditional ceremony in Stockholm, which is normally followed by a lavish royal banquet, a ceremony broadcast live without an audience will be held in Stockholm’s city hall on Thursday, including a concert and videos of the awards being handed out.

The festivities conclude a week of lectures and speeches by the laureates, held online this year.