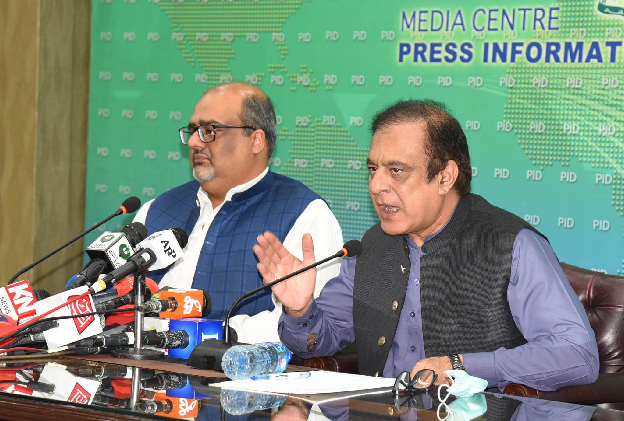 Adviser to Prime Minister on Accountability Barrister Shahzad Akbar on Sunday said all special assistants and advisers to the prime minister have already declared their assets to the concerned department.

In an interview with a private television channel, he said all members of the PTI government are accountable before the public. “There is no ambiguity about their assets or properties,” he said, adding that the Senate website had all information regarding assets of the SAPMs and advisers.

“As far as my property details are concerned, my wife has a flat in Spain. We did not hide anything from the public,” he stated. To a question, he said the National Accountability Bureau (NAB) is an independent institution of the country and is working without discrimination.

In an unprecedented move, the government on July19 went public with the assets and nationalities of 15 SAPMs– bringing to light that seven of them were either dual nationals or held another country’s permanent residency.

After unveiling of the details, Tania Aidrus handed in her resignation.

In August a petitioner moved the apex court against the Islamabad High Court’s (IHC) decision to dismiss a petition against “illegal” appointment of special assistants to SAPMs with dual nationality.

The petition, filed through Advocate Akram Chaudhary, argued that the SAPMs with dual nationality – who enjoy the status of federal and state ministers – are a security threat and their appointment is tantamount to treason. It requested the court to ensure protection of sensitive information and the national interest and set aside the IHC’s earlier order.

Rejecting a petition against appointment of dual nationals as SAPMs, IHC Chief Justice Athar Minallah had ruled that the “patriotism of Pakistani citizens holding dual nationality cannot be doubted”.

In a written judgment unveiled on July 30, the IHC had remarked that the prime minister is accountable to the people and could not run the state affairs alone.

“The federal government has made the Rules of 1973 and has described the ‘Organization of Divisions’ in rule 4 ibid. Sub rule 6 of rule 4 enables the Prime Minister to appoint Special Assistant or Special Assistants and to determine their status and functions,” IHC chief justice wrote.

“The Rules of 1973, particularly rule 4(6) are not in conflict with the provisions of the Constitution. Special Assistants are not members of the Federal Cabinet. Moreover, they are distinct from Advisors appointed by the President on the advice of the Prime Minister under Article 93(1) of the Constitution.

“The Prime Minister is the chief executive of one of the most important organs of the State and has to perform multiple/complex functions. A person elected as Prime Minister is answerable to the people of Pakistan and the Majlis-e-Shoora (Parliament). The onerous role of the Prime Minister described under the Constitution cannot be performed by the latter alone,” he added.

The IHC order said neither the SAPMs nor their patriotism could be doubted based on the fact that they held dual citizenship, the court ruled, and, thus, could not be disqualified either.