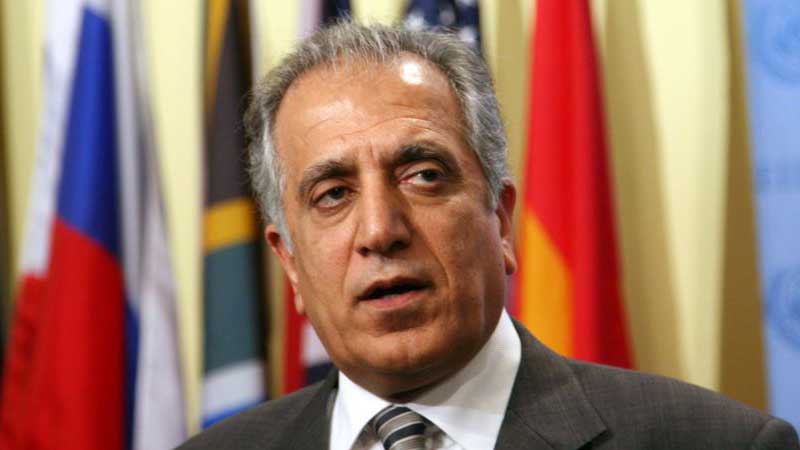 Senior Afghan Taliban leaders have held talks with the US special envoy Zalmay Khalilzad in Qatar on the release of the remaining prisoners of the Taliban and the removal of the names of the Taliban members and leaders from the UN blacklist, the Taliban spokesman Mohammad Naeem said on Sunday.

Taliban are now pressing the US for the release of their prisoners and removing names of their leaders from the UN sanction list.

The US-Taliban agreement signed in February says that the “relevant sides have the goal of releasing all the remaining prisoners over the course of the subsequent three months. The United States commits to completing this goal.”

The Taliban “commits that its released prisoners will be committed to the responsibilities mentioned in this agreement so that they will not pose a threat to the security of the United States and its allies,” according to the agreement.

The intra-Afghan negotiations were scheduled to begin in March in accordance with the US-Taliban agreement but were delayed for nearly seven months due to controversy over the release of 5,000 Taliban prisoners.

With the start of intra-Afghan negotiations, the United States will initiate an administrative review of current U.S. sanctions and the rewards list against members of the Taliban with the goal of removing these sanctions by August 27, 2020, according to the agreement. But this deadline has already been missed

The US also missed another deadline despite its agreement.

The agreement says with the start of intra-Afghan negotiations, the United States will start diplomatic engagement with other members of the United Nations Security Council and Afghanistan to remove members of the Taliban from the sanctions list with the aim of achieving this objective by May 29. But this deadline has also passed but names of the Taliban leaders have not yet been removed from the sanction list.

Khalilzad met head of the Taliban political office Mullah Baradar, the head of the Intra-Afghan negotiations Shaykh Abdul Hakeem and the delegation accompanying them and also discussed the “value” of the agreement signed between the two sides in February, Naeem tweeted.

“Likewise, the Intra-Afghan negotiations especially lately made progress and some other relevant issues were discussed,” he said.

Representatives of the Taliban and the Afghan government have started discussions and an agenda for formal negotiations to decide a future political roadmap.

The Taliban spokesman Dr Mohammad Naeem says the joint working committees of the negotiating teams of the Taliban and the other side have held meetings to discuss issues related to the agenda and its formation.

The Taliban spokesman earlier told Daily Times that a ceasefire would be on the agenda in accordance with the Doha agreement signed by the Taliban and the United States on February 29 for the withdrawal of foreign forces.

Khalilzad, who met with the Taliban leaders after the Taliban and the government started discussions on finalization of the agenda, said the US will explore ways how best “we can help the sides build on the success of their recent agreement on rules and procedures and make quick progress on a political roadmap and permanent and comprehensive ceasefire.”

Meanwhile the US Secretary of State Mike Pompeo has welcomed the formation and the first Leadership Committee meeting of the Afghanistan High Council for National Reconciliation, which met for the first time in Kabul on Saturday.

“This inclusive body is chaired by Dr. Abdullah Abdullah. Afghan leaders across the political spectrum have unified to make decisions and mobilize support for a just and lasting peace. All sides of the conflict should come together and chart a path to peace,” Pompeo said in a statement.

“As an authoritative body on peace, the High Council and its Leadership Committee will provide counsel and guidance to the Islamic Republic negotiating team with the Taliban on the terms of an agreement on a political roadmap, power-sharing, and a permanent ceasefire to end the country’s long war,” he said.