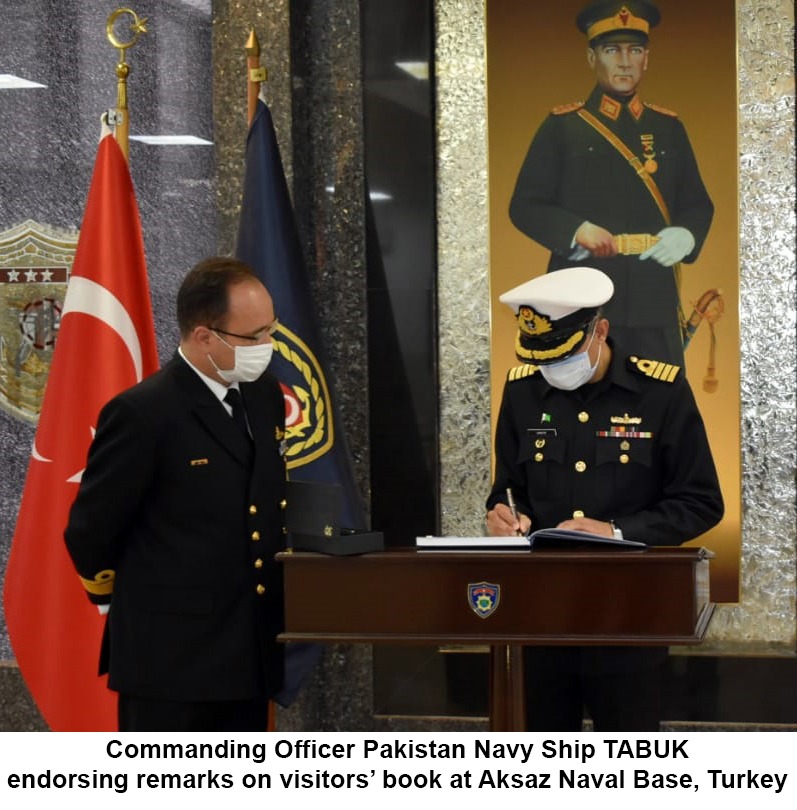 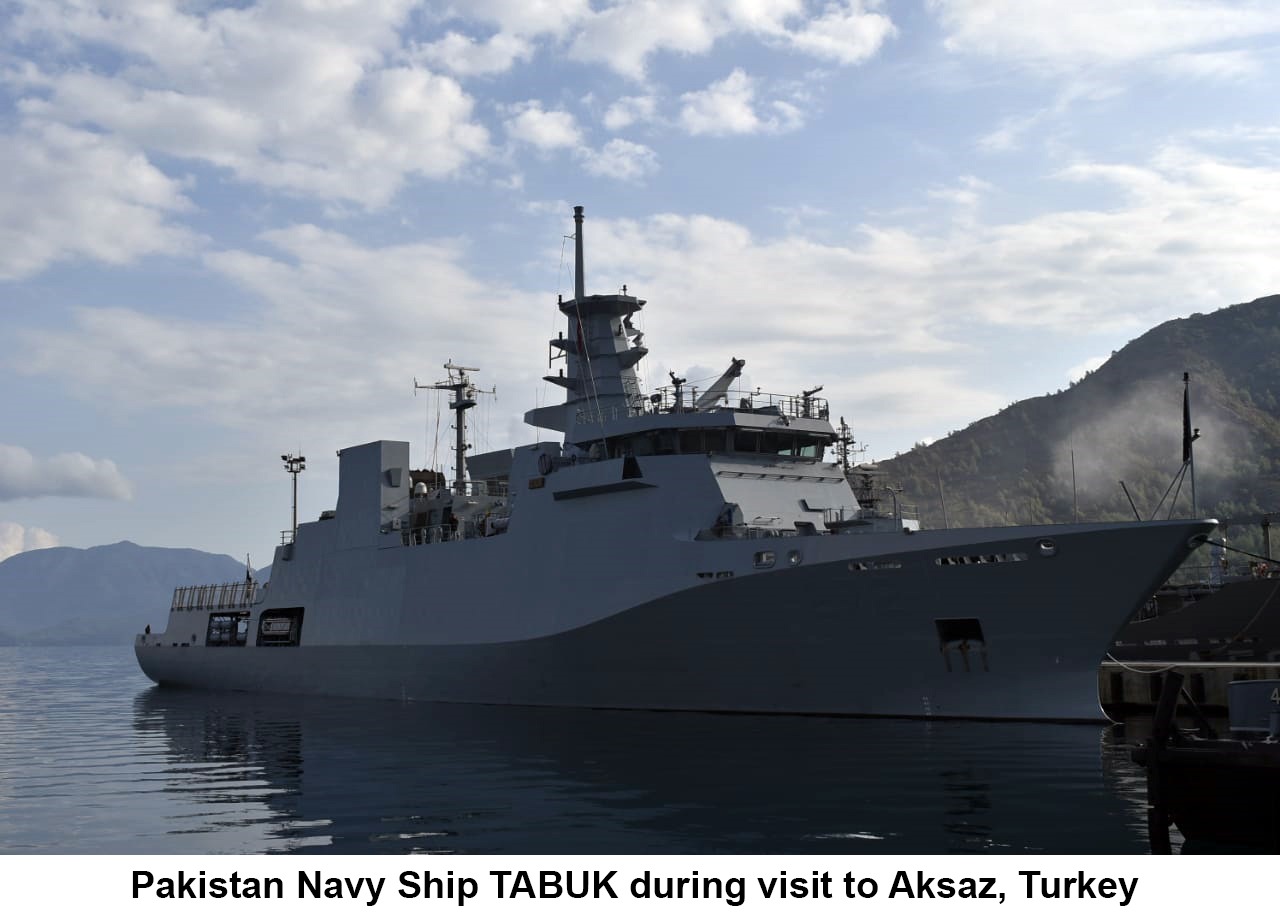 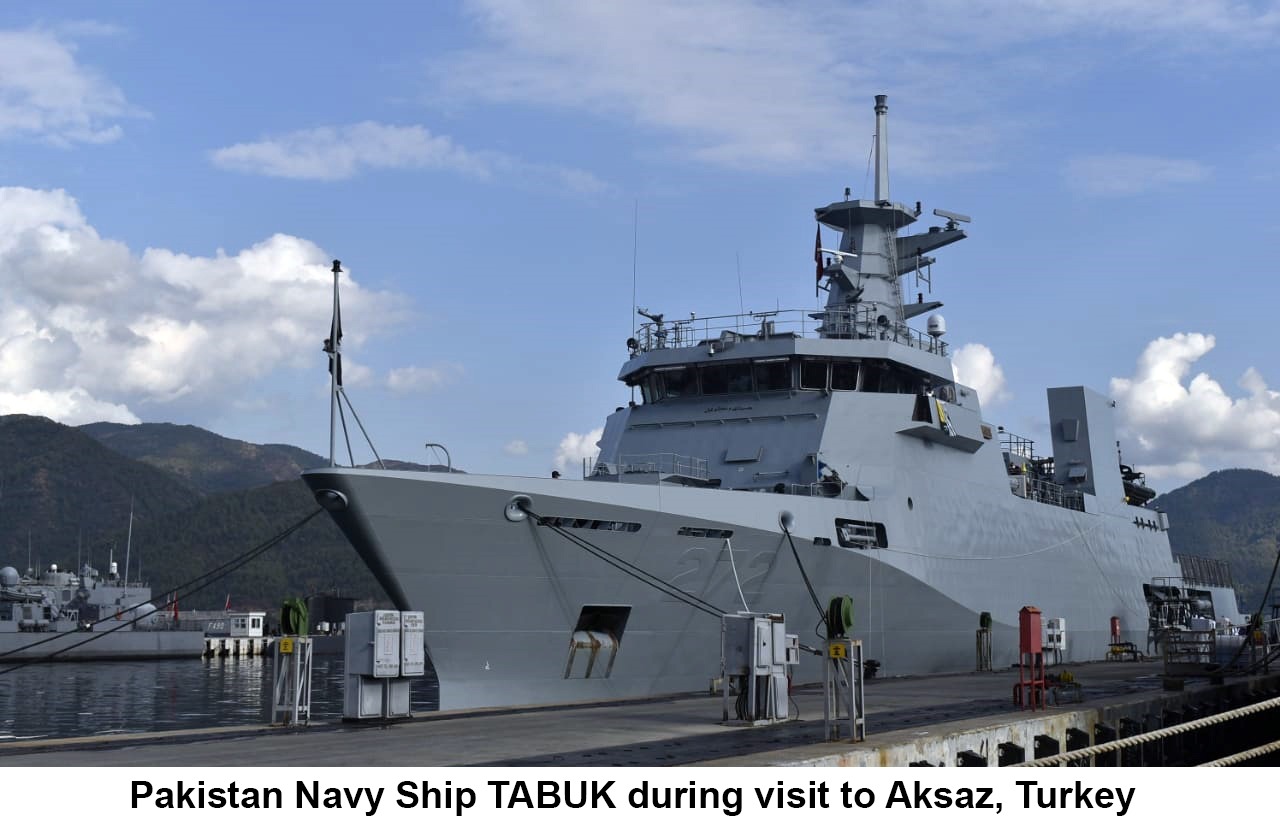 The Commanding Officer also highlighted the deteriorating situation and human rights violations being committed by Indian Armed Forces against innocent people of Illegally Indian Occupied Jammu & Kashmir (IIOJ&K). He also extended his gratitude for the whole hearted support provided by the Turkish Navy for TABUK’s port call.
Later, on departing the Port, PNS TABUK participated in Coordinated Patrol with Turkish Navy ships. The recent visit of PNS TABUK is reaffirmation of PN-TN collaboration and to further foster brotherly relations between both the countries.