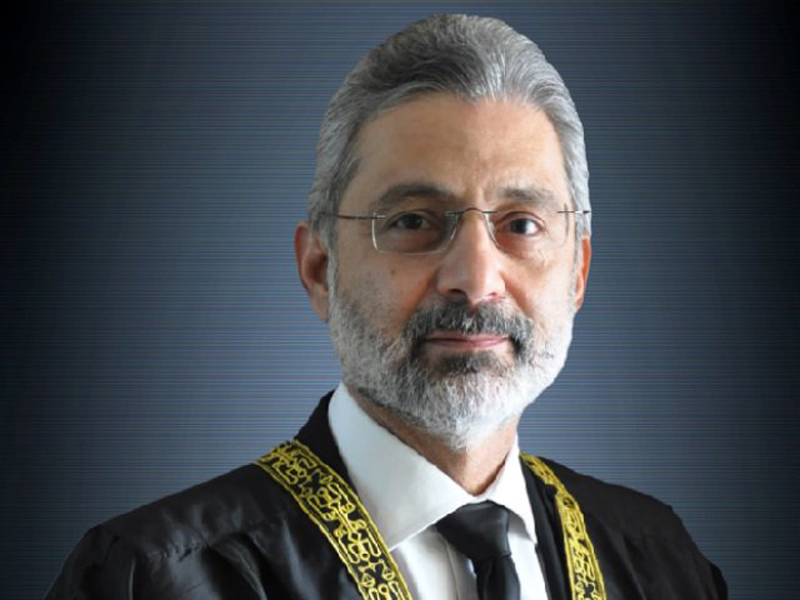 The Supreme Court on Saturday fixed Justice Qazi Faez Isa’s petition seeking an additional review of the ruling on the presidential reference filed against him on December 8.

The SC judge has sought review and removal of paragraph two to 11 of the June 19 verdict.

Justice Isa has accused a number of Prime Minister Imran Khan’s aides of possessing properties abroad and also sought live telecast of court proceedings. The petition stated that the ruling party PTI and its coalition partner MQM demanded Justice Isa’s removal from office following the SC judgement in a case pertaining to 2017’s Faizabad sit-in. In the petition, the judge has contended that government officials have launched a “propaganda” campaign against him and his family members. The judge expressed concern that a Federal Board of Revenue (FBR) report was leaked to the media, stressing that the report was not provided to him or his wife.

The FBR report, much like the reference against him, was leaked to the media for misleading propaganda, the judge alleged.

Justice Isa further underscored that the “independence of the judiciary was handed over to the executive” via the June 19, 2020, ruling, which he claimed was against the Constitution of Pakistan. The reason former Chief Justice Asif Saeed Khosa privately informed Justice Isa about the reference was to obtain his resignation, he further claimed.