28 years after razing of Babri Mosque, persecution of Muslims continues in India 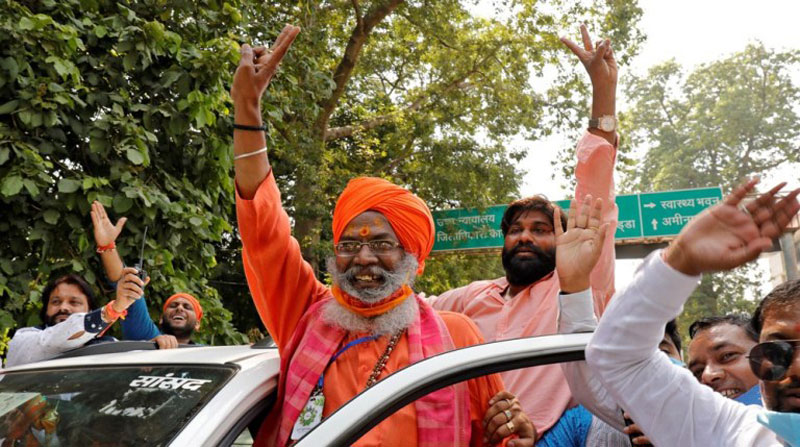 Its been 28 years since the day a frenzied mob of Hindu extremists razed to ground the historic Babri mosque in Ajodhya, fuelled by venomous instigation of the RSS-BJP ideology, and with each passing day the hatred against minorities in India continues to grow unchecked.

Violence against Muslims, the country’s largest minority, is nothing but a routine in the world’s largest democracy, led by Narendra Modi who continues to aggressively pursue the Hindutva ideology, which sees India as a “Hindu nation.”

Though exact figures are unavailable, but a sifting through long list of riots in India, the death toll of Muslims killed by Hindus exceeds 10,000, a figure strongly contested by Muslims who believe actual numbers are far higher.

Since Modi came into power the lynching of Muslims on any pretext has become a norm. The recent New Delhi riots saw death of around 55 Muslims and losses running in millions.

But the Muslims in India are not the only target. In 1984 around 3000 Sikhs were killed in New Delhi after the assassination of Indira Gandhi, and another 8000 around the country. 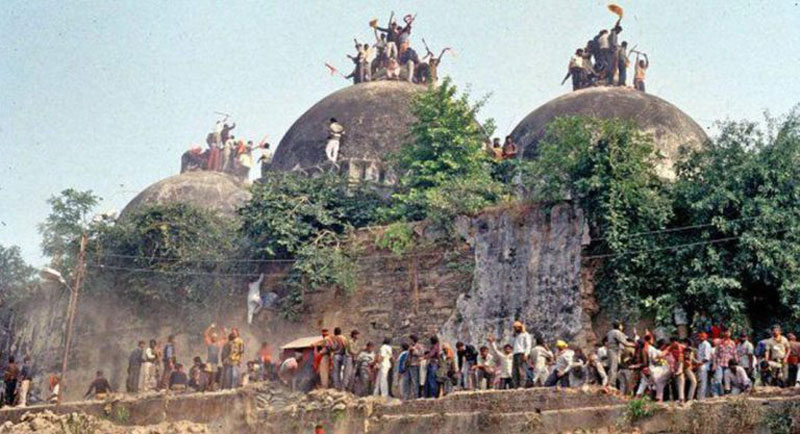 The razing of Babri mosque alone triggered some of the deadliest religious riots against the Muslims, with deaths exceeding 2000. The total losses of property touched billions across India.

According to records the Babri Mosque was built when the first Mughal king, Babur was in power in 1528. However on December 23, 1949, it turned into a ‘disputed property’ as idols of the Hindu deity Rama were placed inside the mosque. Police locked the gates and no Muslim was allowed to offer prayers.

From 1950-61, four civil suits were filed in the court by both the Hindus and the Muslims for seeking possession of the site. A Hindu temple committee in 1984 was formed by Hindu groups, to begin construction of a Hindu temple. In 1990 the leader of Bharatiya Janata Party (BJP), LK Advani, led a nationwide campaign to build a Ram temple in the place of the mosque.

The fury generated by RSS-BJP eventually led to the tearing down of the historic building on December 6, 1992 as Hindu religious extremists reduced the Mosque to rubble.

Three judges of the Allahabad High Court ruled that the disputed site should be shared by Hindus and Muslims in September 2010. The court said two-thirds of the 2.77-acre (1.12-hectares) site belonged to Hindus while the rest to the Muslims.

However in May 2011 the ruling was suspended by India’s Supreme Court as appeals were filed by both Hindu and Muslim groups.

The Indian supreme court increased the bench from three to five judges on January 25, 2019 and a Mediation panel was set up, which failed to settle the issue on August 6, 2019.

After a day-to-day hearing on the dispute the Supreme Court on November 9, 2019 ruled that the land must be handed over to a trust to oversee the construction of a Hindu temple, while a separate piece of land in Ayodhya would be given over to Muslim groups.

On Sept 30, a special court in India acquitted all the 32 surviving accused in the Babri Mosque demolition case, which was immediately slammed by Pakistan as a “shameful” verdict.

“Pakistan strongly condemns today’s shameful acquittal of the criminals responsible for demolishing the centuries-old Babri Masjid in Ayodhya in 1992,” the Foreign Ministry said in a statement.

The verdict in the criminal case related to the Babri Mosque demolition came almost 28 years after it was razed by a mob of Hindu extremists in Ayodhya.

“Taking almost three decades to decide on the criminal act which was televised live and happened as a result of well-planned Rath Yatras and on the instigation to mobs by the accused BJP, VHP and other leaders of Sangh Parivar, tells the world that the Hindutva-inspired Indian judiciary miserably failed to deliver the justice again,” the Foreign Office said.

“The demolition of the mosque had resulted in BJP-led communal violence leading to thousands of killings. If there was a semblance of justice in the so-called largest ‘democracy’, the individuals, who had boasted of the criminal act publicly, could not have been set free,” the statement said.

“This is yet another manifestation of the pliant judiciary under the extremist BJP-RSS regime in which extremist ‘Hindutva’ ideology takes precedence over all principles of justice and international norms,” it noted.

Referring to the earlier decision by Indian Supreme Court on handing over the site of mosque to Hindus Pakistan said: “The Indian top court set a wrong direction … The acquittal today is even against that verdict which had noted that the demolition was ‘an egregious violation of rule of law’.

The 200 million Muslims in India continue to be treated as second class citizens. The wilful targeting of Muslims remains rampant – their persecution ranges from disenfranchising them under anti-Muslim Citizenship Amendment Act (CAA) and National Register of Citizens (NRC).

Under a systematic and well orchestrated plan the Muslim minority in India continues to be demonized and marginalized by subjecting them to targeted violence.

A glaring example of BJP-RSS anti-Muslim agenda remains visible in Indian Illegally Occupied Jammu & Kashmir (IIOJK) which remains under continued military siege and the BJP continues to implement its sinister policies to change the demographic structure of the occupied territory.

Pakistan welcomed adoption of a resolution by the 47th Session of the Council of Foreign Ministers (CFM) of the Organization of Islamic Cooperation (OIC) in Niamey, Niger on Destruction of the Babri Masjid in India and Protection of Islamic Holy Places; besides a Resolution on Safeguarding the Rights of Muslim Communities and Minorities in non-OIC States.

It is time the world community, the United Nations and other international organizations play their role in safeguarding the Islamic heritage sites in India from the extremist Hindutva regime and ensure protection of religious rights of minorities in India.