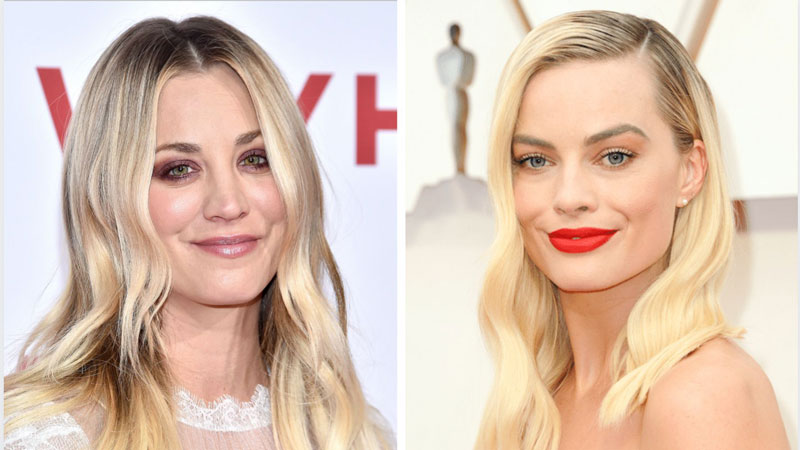 Kaley Cuoco nearly pulled an “I don’t know her” while shutting down rumors of a reported feud with fellow actor Margot Robbie.

“The Flight Attendant” star discussed the two’s relationship status during a sit-down with David Spade for Interview Magazine, published Monday.

Cuoco, who voices an animated Harley Quinn series, said that articles came out earlier this year saying she didn’t get along with Robbie, who plays Harley Quinn in “Suicide Squad” and “Birds of Prey.” At the time, Cuoco responded to the rumors by simply taking a screenshot of one of the articles and posting it to her Instagram stories with an “LOL” gif.

“When Harley became kind of a big deal and then when ‘Birds of Prey’ came out, there were all these stories that me and Margot Robbie were feuding,” Cuoco said.

“But I’ve never even met her. I love her,” the “Big Bang Theory” alum said. “There was an article that came out that said we would not show up together at Comic-Con. We refused to be on the same stage together.”

“Neither of us was even at Comic-Con, okay?” Cuoco said.

Spade said that the two would likely get along if they ever met, “because she seems like a very light person, very fun, easy to deal with, and sort of treats showbiz like fun.”

During the same interview, Spade asked Cuoco how long she’d been married to her second husband, Karl Cook, before jokingly asking if his questions were getting “too personal.”

Earlier this year, Cuoco revealed that she and Cook decided to move in together after two years of marriage.

“This quarantine has forced us to actually move in together,” the actor said in an interview with “Jimmy Kimmel Live From His House” in April. “It’s been great for our relationship. And we like each other, we realized, which is even better!”

Prior to the big move, Cuoco acknowledged that the two’s relationship was “unconventional,” but it worked ? which is all that matters. “We’re not together every single day, and I think personally it’s important,” she told E! News last year. “It works well for us.”