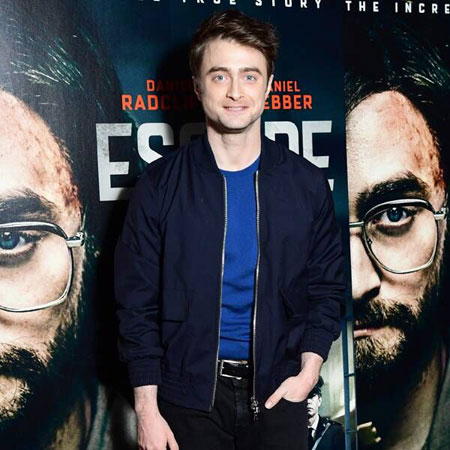 Harry Potter spices it up with some fiery questions. On the season finale episode of Hot Ones, which dropped Thursday, Dec. 3, Daniel Radcliffe sat in the hot seat with Sean Evans and chowed down on 10 spicy wings. During the interview, the former child star explained why he steers away from having any social media.

“I would love to say there’s some sort of intellectual, well throughout reason for this,” began the 31-year-old. “‘Cause I considered getting a Twitter and I 100 percent know that if I did, you all would be waking up to stories like ‘Dan Radcliffe gets into fight with random person on Twitter.”

He further explained, “When I was younger, not anymore thanks god, I would like to look up comments about myself on the internet and read s–t like that. That is an insane and bad thing to do. And to me, like Twitter and everything just feels like an extension of that. Unless I want to go just read all nice things about myself, which also feels like another healthy thing to do.” The British star also discussed his love for game shows, especially Jeopardy. Back in 2014, Jeopardy even dedicated an entire category to Daniel.

“That was a crazily cool moment,” he laughed. “The moment I see a question about myself on a quiz show and I don’t get excited is the moment I know I died a little on the inside.” The actor also discussed Alex Trebek, who died on Sunday, Nov. 8 following a battle with pancreatic cancer, and his legacy of hosting the decades-long game show. “You can really tell how much he loved the competition and the game of it,” Daniel explained. “You would see him get slightly, not annoyed but like, when someone didn’t clear a board or there’s still a few questions left or when no one really would up with much money because no one done really well, he would just say, ‘Okay well we’ll come back for Double Jeopardy after the break and I’m sure we’ll all do better then.”