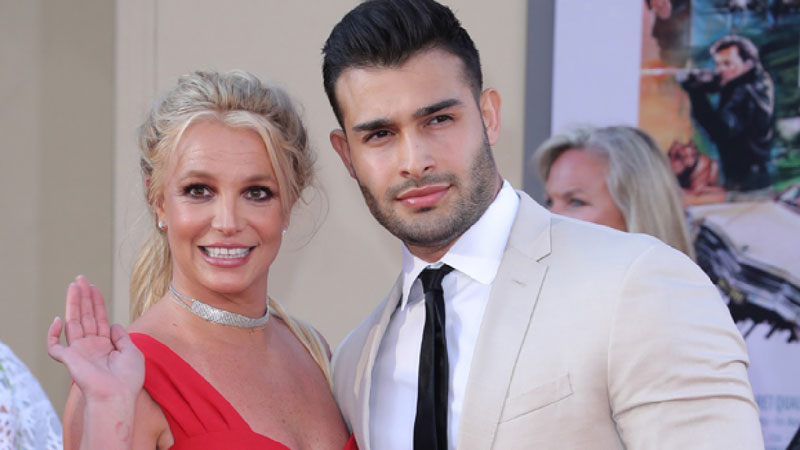 Britney Spears is ringing in her birthday with boyfriend Sam Asghari by her side. The pop star received some love from Asghari on Instagram ahead of her 39th birthday Wednesday.

In Asghari’s video, Spears, using a cat filter, enthusiastically sings happy birthday to herself before he says, “Okay baby, we get it. It’s your birthday, we’ve been celebrating for a month. Let’s move on.”

“No!” Spears screams as she continues to sing, while Asghari, 26, puts his head down laughing.

Asghari also shared a photo of her sunflower-themed birthday cake, which said “Happy Birthday My Queen” with yellow frosting.

The personal trainer captioned the Instagram post, “Happy Birthday to my Lioness ?? ?? ?? we’ve been celebration [sic] we will celebrate until the end of the year ?? let the cake eating began……”

On his Instagram Story, Asghari posted a video — seemingly taken during their recent trip to Hawaii — of the cake next to two birthday balloons and in front of an oceanside backdrop.

The “…Baby One More Time” songstress celebrated her big day with social media posts of her own, sharing a photo on Instagram of Asghari giving her a sweet kiss on the cheek. She captioned the post with three hat emojis.

The day before her birthday, Spears shared another photo of the couple posing together, writing in her caption, “Happy b-day to me”.

On Wednesday, the singer also surprised fans with the release of a new song: “Swimming In The Stars” as part of the deluxe version of her album Glory.

Spears and Asghari recently left Los Angeles and enjoyed a getaway to Maui, Hawaii to celebrate.

“Felt like a little trip to paradise for an early birthday celebration” Spears captioned an Instagram of the pair standing in front of a private jet at the time.

An onlooker told PEOPLE last month that Spears and Asghari enjoyed an oceanside dinner in the town of Lahaina, at the Kapalua Resort’s romantic Merriman’s Kapalua restaurant, which has beautiful views and serves fresh farm-to-table cuisine.

“Britney was wearing Daisy Duke shorts and a half top,” the onlooker said. “She seemed to be having a nice dinner.”

Spears and Asghari have been dating since 2017 after they met on the set of her “Slumber Party” music video in 2016.