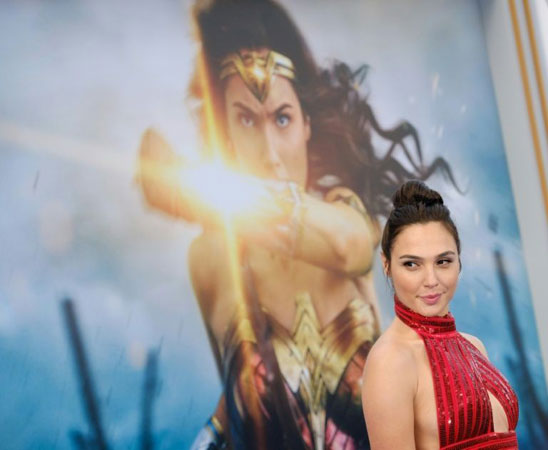 Warner Bros. will release its entire 2021 slate of movies on HBO Max streaming and in theaters simultaneously, including “The Matrix 4” and “Dune,” the studio announced Thursday in a landmark response to the pandemic.

The announcement comes as Hollywood scrambles to cope with the reality of theaters closed across much of the United States due to Covid, and sees one of Tinseltown’s biggest studios shatter the traditional “window” in which blockbuster movies are available only on the big screen at release.

“Talk about living through the biggest theatrical earthquake the industry has ever seen,” said Jeff Bock, senior analyst for industry tracker Exhibitor Relations.

“The pandemic has accelerated this process at warp speed, and facing an unknown marketplace from a box office standpoint in 2021, Warner’s made an extreme pivot that may forever change the theatrical industry,” he told AFP.

The decision, which immediately sent shockwaves through the movie industry, follows Warner’s previously announced move to release “Wonder Woman 1984” on Christmas Day via its streaming platform at the same time as the big screen.

Industry analysts had widely expected that gamble to be a one-off, at least until its success or failure could be assessed.

Thursday’s announcement means that strategy has already been extended to at least 17 titles including the much-anticipated “Sopranos” prequel “The Many Saints of Newark,” and DC superhero sequel “The Suicide Squad.”

“No one wants films back on the big screen more than we do. We know new content is the lifeblood of theatrical exhibition, but we have to balance this with the reality that most theaters in the US will likely operate at reduced capacity throughout 2021.”

Before the pandemic, blockbuster movies ran only on the big screen for a theatrical window of around 90 days.

Top-performing blockbusters can recoup their production costs many times over during that period, although profits have to be shared with theaters.

But with big screens closed in many parts of the US, including the key markets of New York and Los Angeles, studios have been forced to innovate.

Arguably the biggest affected film is “The Matrix 4,” which will see Keanu Reeves reprising his role as kung fu-kicking, shades-wearing hero Neo, and is penned in for a December 2021 release.

The hugely popular franchise about humans trapped in a virtual reality by machines has netted more than $1.6 billion worldwide.

“Dune,” the latest movie adaptation of Frank Herbert’s epic 1965 science fiction novel, was predicted to be one of this year’s biggest theatrical events.

But its release date, originally scheduled for November, was twice delayed due to coronavirus restrictions.

Warner’s new “hybrid model” will see its films available on HBO Max streaming in the US for one month from the date of their theatrical release.

The films will continue to receive theatrical releases overseas, where HBO Max is not currently available. The online service, which launched in the US in May, is expected to expand to Latin America and parts of Europe in the second half of 2021.

Warner released “Tenet” in theaters this summer, but saw only modest US box office returns, and is now looking to drive subscribers to its streaming service in a market dominated by Netflix and Disney.

All of Hollywood’s major studios are scrambling to respond to the Covid-19 pandemic. Disney has begun shifting family-oriented titles to premiere on its Disney+ streaming service, where “Mulan” debuted at a premium extra fee in September.

It will premiere Pixar title “Soul” on the same platform Christmas Day in the US, for free to existing subscribers.

Other studios such as Paramount — which currently lack their own major streaming platforms — have sold titles previously earmarked for the big screen during the pandemic to the likes of Netflix.