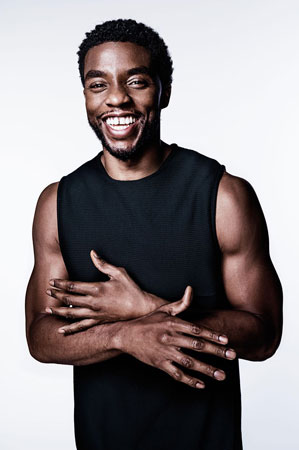 Boseman, who died of cancer in August at age 43, was heralded for his roles in such films as “Black Panther,” “42” and “Get On Up.” The Gotham Awards will honor him along with Oscar-winner Viola Davis, who will receive an Actress Tribute.

The IFP event, which is set to take place on Jan. 11, is one of the first major awards ceremonies of the season. It will be filmed live from the Cipriani Wall Street in New York City with “virtual interactive tables.”

In addition to the Actor Tribute, Boseman was nominated in Gotham’s Best Actor category for his work in the Netflix film “Ma Rainey’s Black Bottom,” an adaptation of August Wilson’s 1982 play centered around the famed blues singer, who is portrayed by Davis in the film.

Boseman’s role in “Ma Rainey’s Black Bottom” ? his final film performance ? has also generated Oscar buzz. Netflix confirmed in October that it would be campaigning for him in the Best Actor category. Many critics are already speculating that Boseman could posthumously win the Best Actor prize.

As The New York Times’ Kyle Buchanan noted last year, the outcome at the Gotham Awards sometimes offers a hint into how the Oscars race may play out.

On Thursday, Jeffrey Sharp, the IFP executive director, called Boseman “an incredibly talented actor whose significance and impact onscreen and kindness offscreen will never be forgotten.”

Sharp added that the organization was “proud to honor him and all of his historical and groundbreaking contributions.”

Celebrities mourned Boseman on Twitter on Nov. 29, the day that would have been his 44th birthday.

Lupita Nyong’o, who starred in “Black Panther” alongside the late actor, shared a photo of the two, writing, “Deeply loved, sorely missed.”