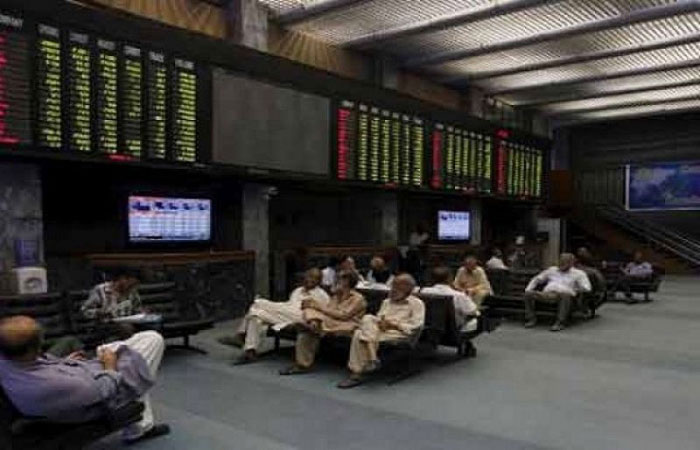 Pakistan Stock Exchange (PSX)witnessed a steady ascension during the week, as bullish sentiments lifted benchmark Kse-100 gained by 1400 points to close at 42,207 index level- its highest values since Sep 18, 2020.

The index began the week, by modest gains as buying spell was kicked in by value hunters, who cherry picked oversold stocks at attractive rates following previous week’s 620 points gain. The buying spell continued for the entire week, which also ended an extensive dry spell of market volume, as during the week the participation volumes clocked-in at 440 million shares, as 55% increase from the previous week. While the average traded value also increased to $113 million, indicating a 66% increase from the previous week.

During the week, investor sentiments were primarily buoyed by Federal Board of Revenue (FBR)’s decision to collect capital gains tax (CGT) on stock trading once a year, instead of collecting the tax every month. The news, in particular, encouraged market participants to make fresh investment and kept stock trading in the positive territory throughout the day. Moreover, the vaccine optimism also injected fresh momentum in the market, after the federal cabineton Tuesday approved allocating $150 million to procure coronavirus vaccine and reducing the cost ofinjections needed to treat the virus. The announcement sent a wave of certainty among investors, asimmediate procurement of vaccine will help to treat the fast spreading Covid19 virus.

The market also witnessed rise a particular interest in Exploration& Production sector, as oil prices rallied and touched a nine month high on Friday, after Oil producing nation’s led bloc OPEC and Russia agree to boost the supply. The Oil price was headed for fifth week of gains, and $50/ barrel after OPEC+ managed to seal a compromise deal over its oil production policy early next year, presenting a united front of a unanimous decision after days of disagreements.After days of debates, OPEC+ decided on Thursday that the group would add in 500,000 barrels per day (bpd) in January to its oil production quotas, which currently calls for a production cut of 7.7 million bpd. The total production cut in January will now be 7.2 million bpd. Future assigned quotas could rise or fall, and to determine those levels of oil production beyond January, OPEC+ ministers will hold additional meetings-one each month.

However, during the week the index were gains were kept in check due the second wave of Covid-19 in full effect, as daily cases reached as high as 680,000 worldwide and 3,250 in the country. Pre-Covid level of investor confidence is subdued as the battle between Corona and its vaccine is yet to be seen on a mass scale. The country’s total positive cases have crossed the 51,000 mark, up 10% from the previous week with the infection ratio above 7%.

On the investment table, foreign investors remained net sellers by the week’ closing, as the net sell clocked-in at $30 million worth of equities.The selling was mainly absorbed by local individuals and brokers with inflows of $20.8 million and $8.1mn respectively.