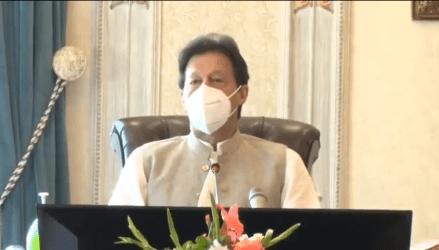 Prime Minister Imran Khan on Friday directed the authorities concerned to work towards removing impediments in promotion of foreign investment and industrialization in the country.

Chairing a meeting on implementation of Mobile Device Manufacturing Policy, the Prime Minister said provision of necessary facilities to industrial sector would ensure its growth.

The Prime Minister said his government had set the goals to increase industrial production in the country. He said strengthening of industrial sector would boost the country’s revenue and provide better employment opportunities to the people.

A detailed briefing was given to the Prime Minister regarding the implementation of Mobile Device Manufacturing Policy by the Ministry of Industries and Production. The meeting was informed that Pakistan was a huge market in terms of mobile phones, with about 40 million mobile phones purchased annually.

The meeting was told that following the implementation of Device Identification, Registration and Blocking System (DIRBS) system, the smuggling of mobile phones had been controlled, resulting in increase of revenue from Rs 22 billion to Rs 54 billion.

It was informed that with implementation of DIRBS system, several international companies had shown keen interest in local manufacturing of mobile phones in Pakistan.