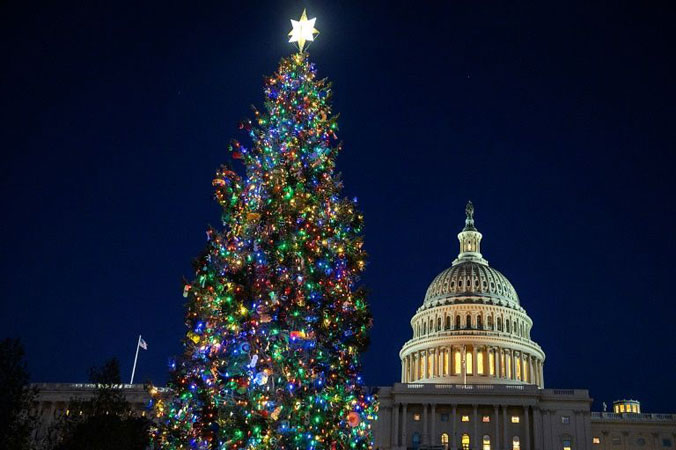 Investors pushed Asian markets higher Friday on continued optimism over vaccines and on signs of progress on a new US stimulus, though surging infections and deaths highlighted the painful, immediate reality of the coronavirus crisis.

While the consensus is that the world can begin to get back to normal — and the economy recover — from next year as people are inoculated, observers warn lockdowns and other containment measures in place now are crippling businesses and jobs.

The United States recorded more than 210,000 new cases in a 24-hour stretch to Thursday evening, and more than 2,900 deaths, according to Johns Hopkins University.

The figures reinforce the need for governments to maintain restrictions, with Britain, France and Germany among the major economies imposing strict containment measures.

California, the richest state in the US, is on the brink of introducing a limited lockdown.

Focus is now turning to Washington as lawmakers appear to be finally inching towards an agreement on a new stimulus for the world’s biggest economy before the Christmas break.

Democratic leaders have backed a $908-billion bipartisan proposal as a starting point for discussions, and some top Republicans are also warming to the idea. They had originally called for around $2 trillion.

Republican Mitt Romney, who helped draw up the new proposal, said: “We’re getting more and more support from Republicans and Democrats.”

Donald Trump ally Lindsey Graham was also said to have backed the offer, and while Senate Majority Leader Mitch McConnell — who has mostly kicked back against bigger spending plans — has yet to accept it, there are hopes he will support the measure.

McConnell has offered a $500-billion bill but was reported to have called Democrats’ acceptance of a smaller deal “heartening”.

Hong Kong, Shanghai, Sydney, Seoul, Taipei, Singapore and Bangkok were all up. Mumbai was given a lift after India’s central bank said the economy was recovering faster than expected and revised up its growth estimates for this year, from a contraction of 9.5 percent to a 7.5 percent shrinkage.

However, Tokyo, Manila, Jakarta and Wellington were all slightly lower.

“Before we can make new gains, there is the usual sentiment tug-of-war between medium-term optimism and near-term Covid despair,” said Axi Strategist Stephen Innes.

“Still, all roads lead to prosperity eventually as the post-pandemic market rally has moved seamlessly from policy-driven to mobility-driven to vaccine-driven and should continue so even if some investors are sitting on the fence waiting for a new stimulus deal.”

Oil prices extended gains, with investors relieved that OPEC and other major producers had reached an agreement to increase output but at a much slower pace than had been feared.

From January 2021, they will pump 500,000 more barrels a day — about a quarter of what was originally planned.

Investors were also tracking talks between Britain and the European Union on a post-Brexit trade deal as the December 31 deadline approaches.

But some of the EU’s 27 members — led by France and the Netherlands — fear chief negotiator Michel Barnier is in danger of granting too many concessions to London.