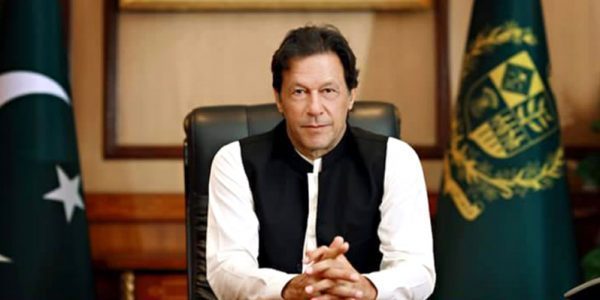 “I want more people to use it (Citizen Portal). We will strengthen it further for it being the best method to register citizens’ complaints. As prime minister, it is also easy for me to know which minister or department is working well and which bureaucrat is performing bad,” he said addressing a ceremony marking the completion of two years of Citizen Portal.

Since its launching on October 28, 2018, around 3 million people registered themselves at the portal, and reported 2.7 million complaints, out of which 2.5 million were resolved.

The event was attended by the federal ministers, bureaucrats, senior officers and media representatives.

The prime minister said the portal would also help the government know the issues in administration as well as the good and bad performing ministries and departments.

He said it would also make it easier to enforce carrot and stick policy and decide the promotion, incentives and even removal of the bureaucrat from their services because the new civil service rules provided for termination of the corrupt or bad performing officers.

Appreciating the performance of Prime Minister’s Delivery Unit (PMDU) Incharge Adil Safi and his team, the prime minister said the portal would change the public mindset besides their empowerment.

He said since the beginning, the country could not do away with the elitist mindset, inherited from the British rulers. Exemplifying the highly empowered western people and service delivery of their governments, the prime minister said the Madinah State also gave the very concept of people’s empowerment and public service.

He said contrary to the colonial systems or monarchies, the democratic systems had given voice to the masses and made the governments answerable. The Citizen Portal is also a journey toward the very direction of making the people know their rights, he added.

Commenting on the statistical analysis, the prime minister observed that highest number of complaints related to municipal issues, showed that local govt system was not working properly. However, he said the new local government system would revolutionize the area, making the people directly elect their representatives who would also control the funds.

“This will be the best way to address their municipal issues,” he commented.

The metropolitans like Lahore and Karachi would have their own governments and revenue generation besides independent systems for municipal services.

The prime minister also expressed pleasure over the overseas Pakistanis also benefiting from the forum, who also faced several issues back at home particularly the illegal occupation of their properties by land mafia.

He also encouraged the people particularly in Punjab and Sindh to report the complaints against police officials or assistant commissioners seeking bribe, assuring that the government would make them accountable.

In his presentation, Incharge PMDU Adil Saeed Safi told the gathering that the number of portal’s dashboards had been increased from 3796 in 2018 to 8913 this year with hardly any office missed.

He said in order to enhance the portal’s accessibility and outreach, a 24/7 helpline 0519000111 had also been established to guide the people about the portal’s operations and complaints registration.

He said the complaints cells already operating at some institutions had also been integrated with the PMDU.

Safi told the audience that around 125,000 people were registering in a month. Out of three million registered users, 2.8 million were from within the country, 1.7 million expatriates and 11,000 foreigners.

He said out of 2.7 million registered complaints, 2.5 million had been resolved which made 94pc of total complaints. He said 1.6 million complainants had given their feedback.

He said most of the complaints were related to the municipal services across the country.

The PMDU head said 128,000 of total 136,000 complaints received from overseas Pakistanis were resolved. 69,000 expatriates gave feedback and 25,000 confirmed having got relief through the portal while being abroad.

He said KPK received the highest level of satisfaction from the complainants followed by Islamabad.

As organizations, NADRA and Foreign Ministry stood atop as per consumers’ feedback while ministries of industries, education and power were among the low performers.

Moreover, a video documentary was also shown containing feedback from the beneficiaries who got their decades-old issues resolved through PMDU including harassment, land mafia, visa issue and others.

Prime Minister Imran Khan has categorically said that mosques will not be shut down during the second wave of Covid-19; however, it is imperative to ensure compliance with standard operating procedures (SOPs) against Covid-19.

The Prime Minister said this while talking to Minister for Religious Affairs Pir Noor-ul-Haq Qadri on Friday.

He directed the Ministry of Religious Affairs to remain in constant touch with the religious scholars and the National Command and Operation Centre (NCOC) on matters pertaining to Covid-19. He said the religious scholars should be kept informed about the latest coronavirus trends so that the message of compliance with the SOPs continues to emanate from mosques.

Pir Noor-ul-Haq Qadri also apprised the Prime Minister of the restructuring of Ulema and Mashaikh Council.

Earlier on November 24, the National Coordination Committee (NCC) had rejected a proposal of the Sindh government regarding the closure of mosques across the country amid a nationwide spike in COVID-19 cases.

“A proposal to shut down mosques should also be considered,” Sindh Health Minister Azra Fazl Pechuhu was quoted as saying during the meeting.

However, the NCC members had rejected the idea saying that they had already formulated SOPs for the mosque-goers and therefore the places of worship should not be closed down.